"Let's Party!!!" Thursday, September 24, 2015: Ocean water remain in low 70s. That’s a downer in its own right. Oh, there is the slight matter of a six- to seven-foot northerly wind swell blasting t…

Thursday, September 24, 2015: Ocean water remain in low 70s. That’s a downer in its own right. Oh, there is the slight matter of a six- to seven-foot northerly wind swell blasting the beachline. The wind swell is mixing with a ground swell out of the south. That’s right, there some wind, too. Though the northeasterlies are actually not as bad a first forecast, they are more than enough, at 20 mph gusts -- to screw up those final fluking sessions.

I see no letup in the side-ass winds and wave through the weekend. I’m also bummed to see the moisture I had been hoping would rise up out of the south will likely not reach us out.

We are somewhat in an official drought, though just the northern part of the county is supposedly official overly dry – as if north of Barnegat Inlet it’s a drought and here on LBI we’re sitting wet and pretty. The grass in my lawn has given up the ghost while intermingled weeds spout like their sipping water from a fountain.

Creeks in the Pinelands are dropping fast. Check with rental places before doing a fall paddle.

They’ll be repairing the monument at the east end of the South Jetty. Not sure if that’ll effect boat fishing at all. Below is the init-al repair report. Notice that the advisory cover two separate repair projects.

Designed with nesting plover and skimmer in mind ... Closer to solid ground, the placing of dredge material in the unwanted tidal pools just south of the New South Jetty will be starting soon. That might have some serious impacts on fishing folks wanting to hike out to the end of the jetty. I can’t see how it can be done without dredge pipes being placed over the top of the rocks. 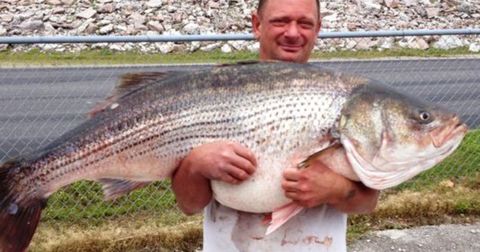 New Jersey recreational striped bass regulations in all state waters are as follows:

Hint: You cannot be in possession of two fish between 28 and 43 inches. 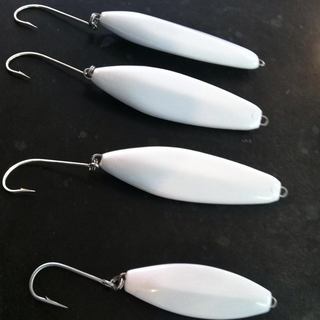 Below you'll read about striped bass busts in water off RI. I point those out not just to show bass abuse is pervasive -- the policing forces aren't that large -- but to also show the feds (NOAA) and local regulation enforcement folks will be turning it up a notch in our parts, starting now.

I've heard some bitches and moans about that enforcement of the EEZ due to the ambiguity about where it begins/ends. However, modern electronics leave little doubt about when you're more than three miles out -- and into federal waters, where bassing is verboten.

As for closer scrutiny on "legal" bass fishing, it'll remain at the same level of vigilance. 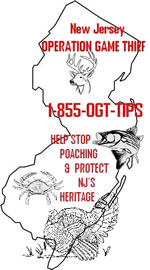 Three Rhode Island men were arrested by state environmental police for illegal striped bass fishing activity over the past two months, according to the state Department of Environmental Management.

The DEM’s Division of Law Enforcement conducted a multi-day operation targeting illegal striped bass fishing in August and September. This year, quotas were reduced for commercial fishermen and recreational limits were limited to one fish per person per day in response to declining stocks, the DEM said.

Despite the new regulations, the environmental police operation “uncovered numerous violations of state and federal marine fisheries laws,” the DEM said in a news release.

On Aug. 12, Raymond Jobin, 72, of Charlestown, was apprehended by police and agents from the National Oceanic and Atmospheric Administration Office for Law Enforcement for possessing striped bass and trying to sell them in Massachusetts.

Jobin “faces potential administrative charges in Rhode Island and has been cited for violation of the federal Lacey Act by NOAA OLE,” the DEM said.

On Sept. 7, two commercial fishermen were arrested for exceeding the daily limit of striped bass. David M. Fewster, 48, of East Providence and John E. Linton, 65 of Narragansett both face administrative penalties by DEM. Additionally, seven other fishermen were identified by DEM environmental police for fishing for striped bass in the federal waters of the Exclusive Economic Zone (EEZ), which extends from three to 200 miles off-shore. “


“DEM and NOAA OLE are working closely together on this ongoing investigation. Striped bass are illegal to take in federal waters. A total of 42 striped bass were seized during this operation,” the release stated.

A premier gamefish and an important commercial species, surveys since 2006 have shown the striped bass biomass has been steadily declining. In 2012, it had fallen below management targets and was approaching overfished status.

Management plans to rebuild the fishery began in 2015.

The DEM filed the new regulations limiting catches in March.

“I am extremely proud of the dedicated men and women who serve in DEM’s Division of Law Enforcement and their collaborative efforts with our federal partners to protect Rhode Island’s marine resources,” said DEM Director Janet Coit. “DEM is working hard to ensure the health and future of the striped bass population, and it is essential that we go after illegal activity to protect this valuable natural resource.” 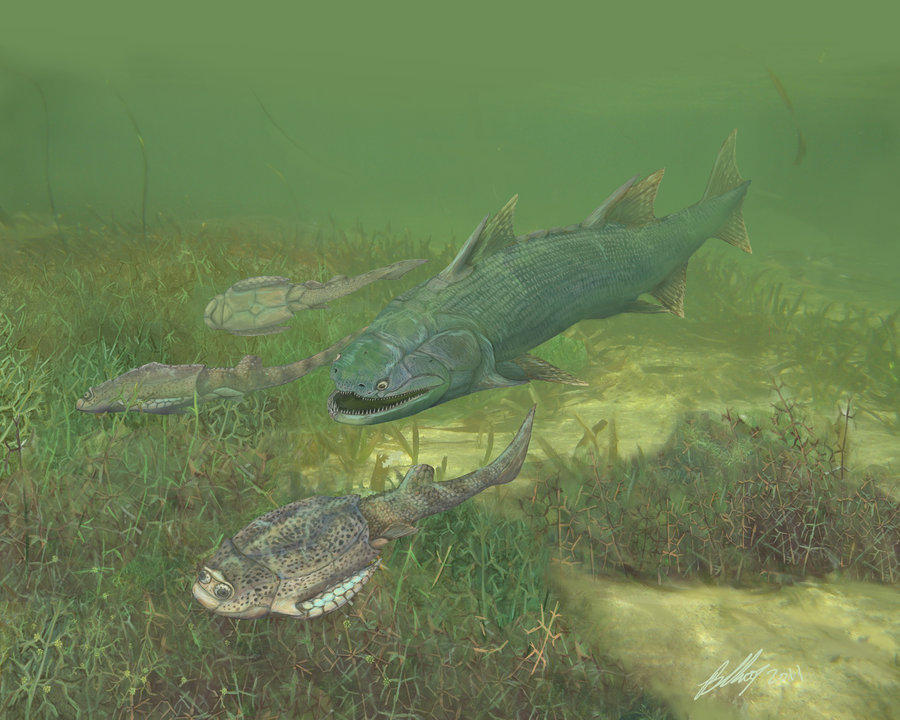 The enamel that covers your teeth originated in an unlikely place: the scales of ancient fish.


Scientists say they figured this out by examining the fossils of long-dead fish and the DNA of a range of creatures alive today. The researchers make their case in a report published online Wednesday by the journal Nature.


Enamel is the hardest tissue in our bodies, made almost entirely of calcium, phosphorus and other minerals. It protects our teeth when we chew and shields them from pain when encountering things that are very cold or very hot.


Nearly all four-limbed creatures have enamel, including mammals, birds, amphibians and reptiles. So do so-called lobe-finned fish, some of which evolved to walk and live on land.

Some types of primitive fish had similar kinds of tissue covering the exterior of their bodies. And some had enamel-like substances on their exterior and on parts of their teeth. The genes needed to make all of these hard tissues are largely the same, and most are clustered together in the genome.


By comparing the teeth and outer skeletons of various groups of fish, researchers determined that enamel first arose in fish that had skeletons made of bone. (Other fish, including sharks and rays, have skeletons made of cartilage.)


Scientists then turned their attention to a fish species called Psarolepis romeri, which lived in present-day China roughly 445 million to 420 million years ago. This fish intrigued them because it was one of the oldest species known to sport enamel.


However, the researchers wrote, the one part of the fish where enamel was conspicuously absent was the creatures’ teeth.


Psarolepis makes clear that a single species can have enamel on some parts of its body but not others. With that in mind, scientists turned their attention to another prehistoric fish: Andreolepis hedei.


Andreolepis, which lived about the same time as Psarolepis, has been a puzzle to scientists. Specimens have been found with enamel on their scales but not on bones in the skull. Some researchers have argued that these specimens must represent two separate kinds of fish. But the example of Psarolepis means that Andreolepis could be a single species with enamel on its scales, but not elsewhere.


Pulling it all together, the study authors concluded that “Enamel originated on the scales, before colonizing the dermal bones and finally the teeth.” 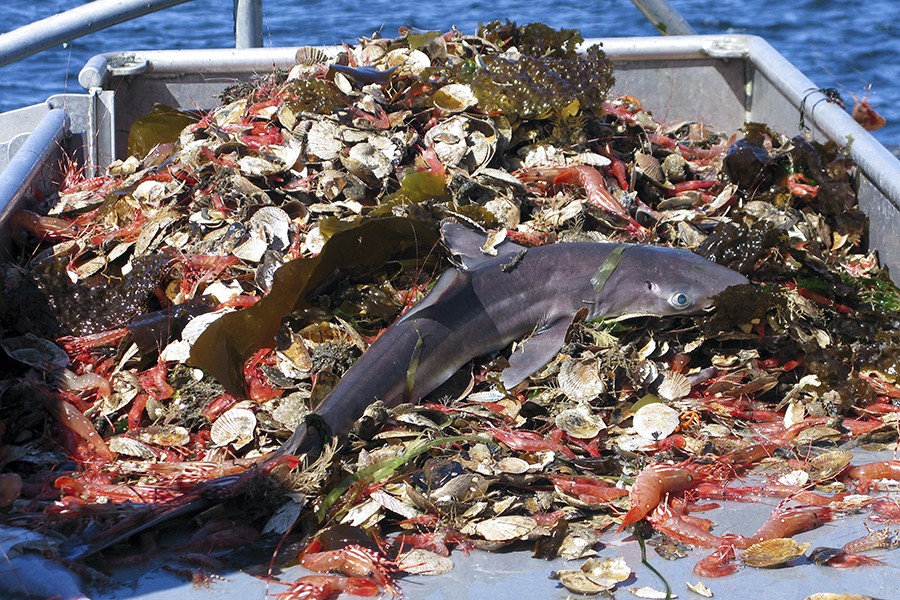 Below is an alarming look at a nearly wanton waste of an only moderately renewable food source. Please take a minute to read this segment from a Johns Hopkins study, published in the November issue of Global Environmental Change. It comes from a story written by Katherine McCleary, titled “Nearly Half of U.S. Seafood Supply Goes to Waste, Johns Hopkins Researchers Say.”

“The researchers found the greatest portion of seafood loss occurred at the level of consumers (51 to 63 percent of waste). Sixteen to 32 percent of waste is due to bycatch, while 13 to 16 percent is lost in distribution and retail operations. To illustrate the magnitude of the loss, the authors estimate this lost seafood could contain enough protein to fulfill the annual requirements for as many as 10 million men or 12 million women; and there is enough seafood lost to close 36 percent of the gap between current seafood consumption and the levels recommended by the 2010 U.S. Dietary Guidelines.”