Below: Some day soon???  Below: Today ... small blues in the system. That could be a great sign for action in coming weeks ...   Gregg Fish‎Betty and Nicks Bait and Tackle … 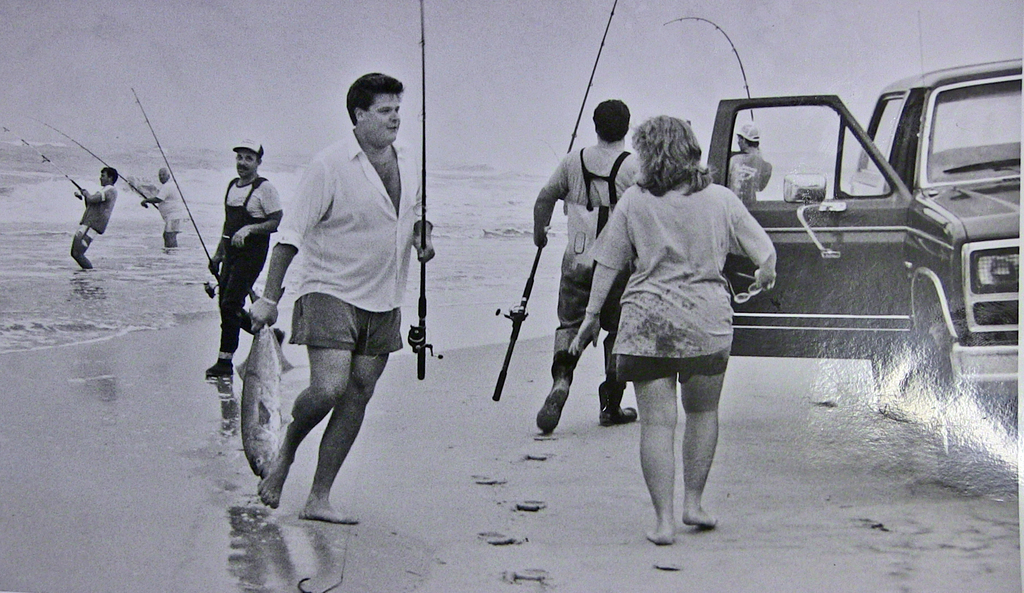 Below: Today ... small blues in the system. That could be a great sign for action in coming weeks ...

North jetty yesterday. Blues in the 2 to 4 pound range every cast. They were boiling and jumping out of water after spearing and baby bunker. Fun stuff on light gear

Saturday, August 29, 2015: This might be the nicest a.m. of this entire series of ideal late-summer days.

Speaking of “late summer,” I fully realize we have almost a month to go on the calendar summer but, weather-wise and feel-wise, I’ve come to appreciate the Weather Service’s designation of summer as running from June 1 to September 1. It works from both ends. By June 1 we’re feeling the burn and by September 1 we’re sniffing that hint of fall in the night air.

The surf today is going to remain riled – and tricky for swimming, due to sudden rip currents. What we have are pauses between sets. This means that it’s almost lake-like one minute and pounding surf the next minute. I’m going to share this raw video I made for the Weather Service showing a nasty-ass rip off 19th Street in Surf City. It’s not made for aesthetics, just data.

As I note on the vid, the set waves arrive abruptly. All that suddenly-arriving water has to evacuate just as quickly. As it rivers outward, it forms a steady outgoing rip that can progress outward a long way, as you can see. For folks who can read rips – and foam – you’ll see that this rip does not begin letting up until a solid 100 yards out.

Water temps remain in the mid-70s. The winds are suspiciously light. I say that only because it has become rare to see days on end of light winds like we’re having. The sky must be up to something. Of course, we’re about to move back into the HHH (hazy, hot, humid) soup, which, for us, means southeast winds, possible hard by late in the day, beginning tomorrow. The Pines could reach 100. As I often note after saying that, many folks don’t realize how scalding hot it gets in the Pine Barrens. And that’s not just based on my infrared thermometer readings. The state’s cranberry bogs have, out of necessity, very advanced weather stations. These are to closely monitor the heat, which can devastate cranberries if they’re not cooled down with water spray, and to feel for cold, which can also kill the crop if not sprayed, again, with water. These weather stations record some insane daytime highs, sometimes up to 110 – and higher.

Below: Even less scientific instruments record the Pine Barrens sizzle. 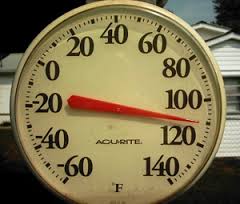 Here’s another email about what is becoming a remarkable sandcrab/mole-crab “bloom.” 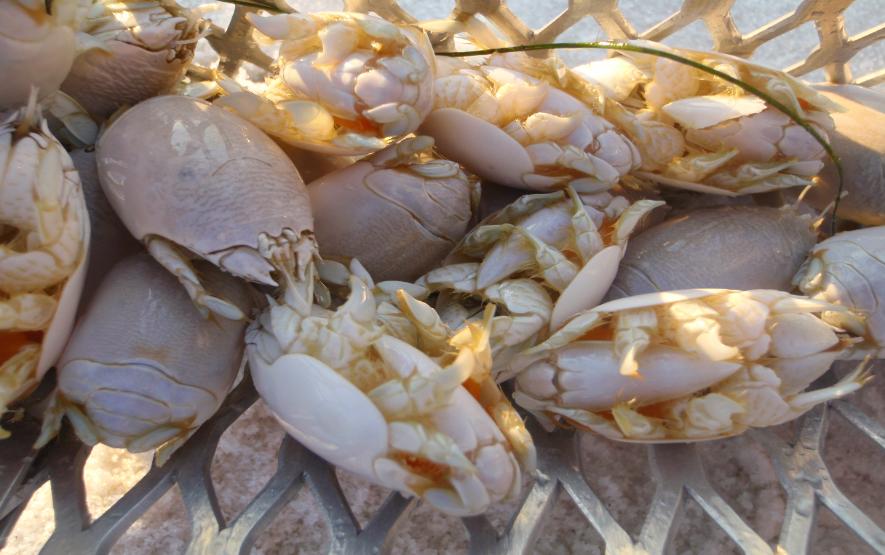 “Hey Jay, Just a note about your mole-crab molt stuff: On the north end here, the ultra low tides from the full moon are showing so many mole crabs you can literally feel them crunching under your feet when you walk out into the 6 inch area of washover. If you stand and watch as the waves pull out, you can see millions scurry out of the sand and flush with the water. Amazing sight.

Understandably, there is a full, dedicated mole crab wrack line made up of both dead crabs and molt pieces! Jim”

(I checked out the dead and molted sandcrab look from a previous email and I found a goodly number of molts and DOAs, mainly molts.

As to the DOAS, they could very well be from human foot traffic. I kid you not. Tens of thousands of barefooted folks crushing down on trillions of sandcrabs can get ugly. Adding to the sandcrab killing fields look, our larger gulls aren’t into dining on sandcrabs, especially with all that fine human refuse around. There simply aren’t many sandcrab-eaters around – yet. That’ll be a different shorebird story in a few weeks. J-mann)

Quiz: In this photo, which way is this sandcrab facing, down or up????

Oh, I'm sorry. You forgot to offer your answer in the form of a question ... no sprinkles for you.

The part you see above the sand, facing upward, is the head of the sandcrab. Yes, they run backwards, like other crabs.

Below: Photo 1: Parts of sandcrab. Photo 2) Burying itself. Note "Posterior," meaning back end.

Weird odor smelled by many an LBI souls this a.m. I thought it was “swamp gas” (methane) – and it might have been. Heres a post:

“Ross Gilfillan Beach Haven, NJ   … Smell of natural gas all up and down the island...North Beach to Beach Haven border. Stafford Twp. also getting numerous 911 calls as well. Fire and NJNG responded to all locations. It has been determined that the smell is naturally occurring methane from the combination of the low tide and the mud flats in the bay and that the odor is hanging in the area because of the lack of wind. All units are being returned to their stations. ”