Tuesday, September 01, 2015: The ocean has calmed and warmed with the light north winds. Water temps are again in the upper 70s. At 8 pm the smell of fish in the air over LBI was so thick it wa…

Tuesday, September 01, 2015: The ocean has calmed and warmed with the light north winds. Water temps are again in the upper 70s.

At 8 pm the smell of fish in the air over LBI was so thick it was almost gag-worthy. To smell it, just scratch the screen above this line. It's rare to have the stink quite that thick. It is likely algae but possibly bunker being torn apart by small bluefish just off the beach. Light onshore winds are wafting in the, uh, fragrance. Rehash: In NJ, we can readily surpass shoreline water temps in states well to our south due to the way winds crossing the sea are turned northward by the Coriolis effect. Northeast winds brings us both Gulf Steam and solar-heated water from down off the Delmarva -- and to our beaches. Beaches from NC south actually have a fairly steady current-based water temp.

This summer we’ve seen an unusually high number of NE wind days. To that, add an elevated solar factor to the ocean surface-warming mechanism. We just had the third hottest August in man-kept history. And there was a ton of sun, which we all noticed. Such a constant solar beat-down can heat the surface of the ocean well into the 80s, to at least a few feet down. The water that gets blown in during north and east winds is purely surface water.

When surface water gets blown away from us during south winds, as happens during upwelling events, the cold deeper-down water spirals upward and gets blown toward us.

That said, I still believe this nearshore oceanic warm-up all plays into a high likelihood that many fish exotic species and marine mammals that follow the water temps are a possibility for the rest of this summer. Through fall, we might be in store for some odd catches, like that IBSP cubera snapper. 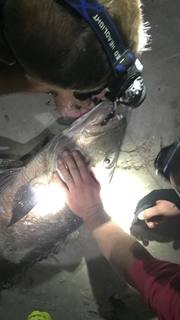 In mild summers past, I’ve lucked upon some larger Spanish mackerel in autumn. I even held the state record for one I caught in the surf off Holgate’s front beach – before it was outsized by a boated Spanish mackerel out of Delaware Bay. 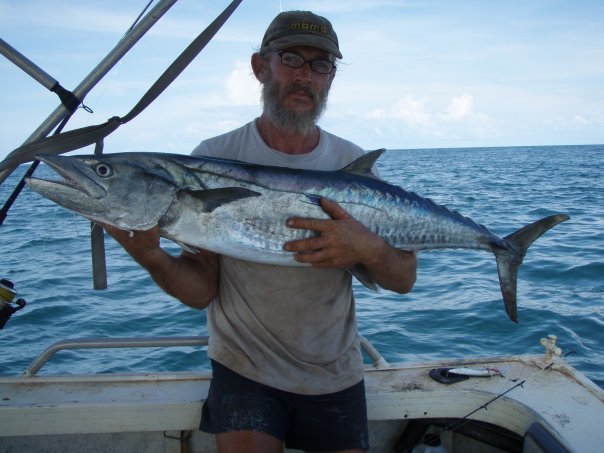 Warm-water summers can also bring in some large sea trout, which often pass as weakfish. However, there is a highly discernable spot pattern with the trout. The mouths are identical. 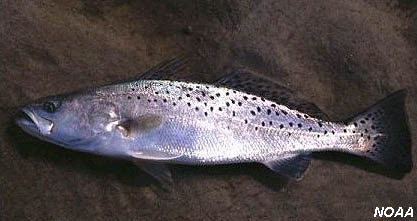 I’m not sure it would be water temp driven but we could see a year where false albacore come in close enough to cast for from the beach, using long-cast metals retrieved so fast that even diving birds can’t catch up with them as they skip across the water’s surface. The really brisk false albie bites most often come about when big bluefish abounded. Remarkably, huge blues can be as speedy as the false ablies when chasing those skipping metals. False albies can be sight-fished on west wind mornings, following their high jumps out of the water. By the by, false albies are now being seen off NJ shoreline. The Barnegat Bay Manatee stopped in the basin today. If you are out and about on the water near the boatyard please be careful. We were told by the Marine Mamma...

This Morning was the best day This Year For Me.

Not a bad haul for the night!