Below: Further proof of cucumberaphobia in cats: 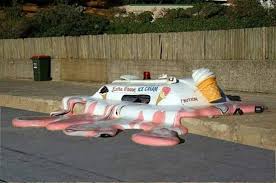 Tuesday, July 28, 2015: Well, we knew if we hung around long enough, heat waves would have their ways with us. Here they come. 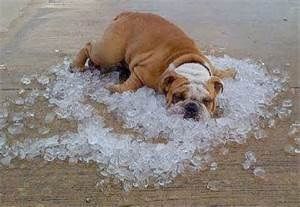 For the next numerous days, the mainland – especially the areas I frequent in the deep Pines – will sorely swelter. I see sand temps in, say, Chatsworth topping out at 130 degrees. 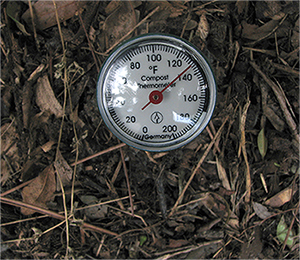 You read right. Air temps are a shoulder-level thing. But, since I’ve gotten laser thermometers, I’ve been stunned at how hideously hot the ground gets. By close comparison, the hoods of vehicles sitting in the sun easily reach over 125, even on the Island. 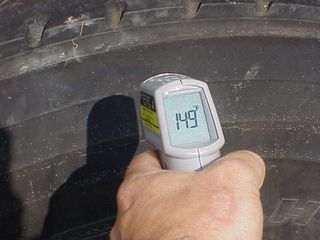 Speaking of LBI, we should be soundly on the onshore side of the south winds for the next five days of the heat wave, which requires three days in a row of 90 degrees or more. Might we see a double-heat wave, or six day, heatwave? Possibly.

Boat fishing might get iffy as south winds kick in throughout the afternoon -- for days on end. Mornings could work on beach and from boat. I'll be trying the New South Jetty and over at the Dike.

I saw a photo of weakfish being caught but I don't know where that was taken. I'll likely find out of any are in Myers Hole. Anyone recall when I wrote about all the dead spider crabs washing up on The Dike, LBT? Here's a new release from just up north.

Visitors to the park say the crabs were found all along the coastline, as well as in the water, and that the smell from the crabs baking in the hot sun was unbearable.

"When we were trying to go swimming, they'd come up and hit your legs," says visitor Brooke Zimmerman....

When it was landed in that port the fish weighed 156.5 Lbs.

It is over 2,800 NM from point of tagging to point of recapture!

I’ll be checking with my buddies, the Lees, of Lee Brothers Farm in Burlington County (Speedwell/Chatsworth).  The upcoming heat can present catastrophic problems, now that the vines’ berries are already showing. Yes, cranberries are vines.

Not that the Lees will have to necessarily leave their LBI homes to check on upcoming bog conditions. By adding real-time sensors to their automated irrigation systems, the Lees can use their home computers to check on the bogs. If needed, they can activate the systems’ pumps, allowing irrigation water to cool down the vines in the summer -- or warm the vines on cold fall pre-harvest night. Computerized bogs … quite cool, literally. 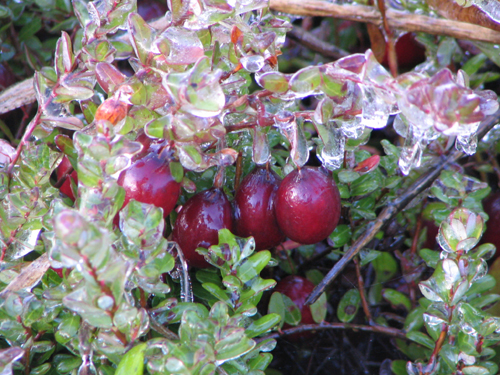 From what I’ve seen, cranberry farmers would rather fend off frost than face off against prolonged heat. Again, the next five or six days will tax the cranberry system.

Did you know that cranberries, blueberries and concord grapes are the only native fruits grown commercially in the United States? 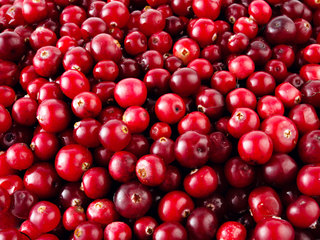 While NJ can challenge any state with its combined harvest of blueberries and cranberries, there is misinformation that we lead the nation in cranberry production. Here’s the breakdown of the leading cranberry states as of 2014. Numbers are in barrels (100 pounds per barrel):

Below: Tell me this bog in Wisconsin isn't the spittin' image of NJ bogs. 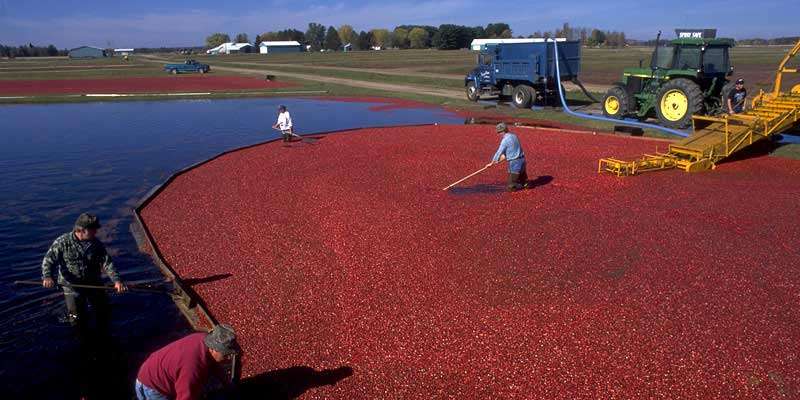 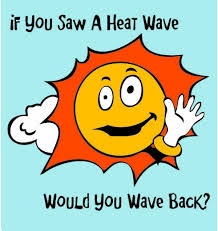 Headed back to the grounds looking for a jumbo bluefin .. Little breezy and hardly any life around .. Fish were deep , I pushed a little further off and big rat yellows with some nice 30-40 pound keepers .. Long day but nice to see the yellows . Late in day had 3 solid knock down over great marks .. No love .... Release the rat yellows and boxed 3 to 40 lbs

Awesome night with these little guys

In a very disappointing turn of events, Wharton State Forest Superintendent Rob Auermuller and a team of volunteers have been posting “No Motorized Vehicles” signs on many of the forest sand roads that have been open to traffic for decades. According to Auermuller, this action is being taken to stop the environmental destruction caused by off-road vehicles.

It is true, there are many places were irresponsible use of ORV’s has caused damage to the environment. This has been a major, ongoing problem in Wharton and other state forests and wildlife management areas. In 2003 the DEP closed access to the woods for all non-street legal ORV’s – meaning that if you can’t legally drive one on a road in New Jersey, and it cannot be operated on state land. This includes quads, dirt bikes, and any vehicle that is not registered and insured. Today, twelve years later, you can still see people riding them in the woods.

Now, some of the roads are being closed to “Class 1 ORV’s”, which includes all vehicles that are licensed, registered, insured, and inspected, and can therefore legally operate on any road or highway of the State designated for vehicle traffic. That means your car, your truck, and your SUV and means that law-abiding citizens who have always driven through Wharton on some of these roads to explore, hunt, photograph, launch a canoe, or geocache won’t be able to unless they want to risk being cited and have to pay a costly fine.

Interestingly, the website for Wharton State Forest, and the websites for the NJDEP, the Pinelands Preservation Alliance, and even Al Horner’s “Pine Barrens Under Siege” website make no mention of this action. So, essentially, these closures are being done with no oversight, no transparency, and no regard to the thousands of people who will be affected by this change. This outrageous action is an affront to the citizens of New Jersey and it is just pandering to a small, but vocal minority of people. There is supposed to be a map of all of these closed roads, but it hasn’t been released yet. Planning for which roads will be closed off without the users of the forest being involved is not the way to do this! Without a map there’s no easy way to see what’s left open after superintendent Auermuller and his volunteers have virtually closed off access to our forest.

The sad fact is that the irresponsible drivers of ORVs, who have been breaking the law and damaging the environment, will not be dissuaded by some small signs. There are already areas that are closed to motor vehicles – “Quarter Mile” near Hampton Furnace and the “Hidden Lakes” near Old Half Way to name just two – are still being accessed by people who have no respect for the law. These are the people who will ignore the signs and drive on. Responsible people who follow the law, respect the environment, and just want to get away to nature cannot. How is that going to solve the problem? 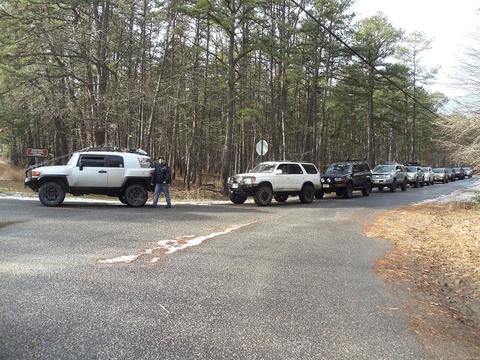 The problem lies in enforcement. There is not enough funding to properly patrol Wharton State Forest. A few years ago a ranger told me that at any one given time there was a maximum of two rangers patrolling Wharton. Two people for 123,000 acres! No wonder every ORV policy the state has tried has been an abject failure – there’s been nobody around to enforce them! And how is this going to be any different?

A common argument I hear from supporters of this program is “just get out and walk.” Walking may be great for some people, but for the elderly and people who have reduced mobility, it’s just not an option. There have been many seniors on the NJPB Forums whose sole mode of enjoying the woods is by vehicle. Additionally, walking where you once did not have to increases your exposure to disease carrying ticks and painful chigger bites. Yuck! Even if you did park and hike on numerous occasions the Park Police have harassed members of the NJPineBarrens.com community for parking off to the side of a road.

I have been exploring the Pine Barrens since 1998. I consider myself an environmentalist. I love the Pine Barrens just as much as any other person. I currently do not even own any sort of ORV – I drive a Ford Taurus. So these arguments are not being made because I have any sort of agenda or ulterior motive. I just think that this is a wrongheaded policy that is being rammed down everyone’s throats silently by a few people that do have an agenda. And the net result of that agenda is to take away public access to as much of the Pine Barrens as possible.

There are some ways you can help:

Last year I had some time, I ventured off 72 onto one of these mysterious roads. I drove slowly, about a mile and a half. Up ahead was some type of clearing. Lo and behold, I stumbled upon a beautiful horse farm. No idea it was there. I've often thought the easy drive through the forests is as interesting as the coast. And the honor fruit and vegetable stands solves the hunger issue.