Russian commuter reacts to one of the largest meteorite burns ever witnessed ...  Saturday, May 30, 2015: Well the wind has turned a deaf eye and a blind ear to the forecasters. And what can be wo…

Russian commuter reacts to one of the largest meteorite burns ever witnessed ...

Saturday, May 30, 2015: Well the wind has turned a deaf eye and a blind ear to the forecasters. And what can be worse than that? Yesterday’s verbal commitments to light winds for today, have gotten blown away, with 15 mph and gusty (and increasing) by mid-morning morning.

To be honest, even my read of the computers indicated at least a 24- to 36-hour changeover from post-front north winds to the inevitable return of nagging southerlies. During that switchover stint, we should have seen light winds and highly fishable conditions. Oh, well.

We should all get totally used to southerlies since it seems they’re rapidly taking on their summer musculature. It could be a long south summer, so to speak. That could also mean a slew of thunderboomers, though they will surely peter out in intensity as the effects of a cold ocean rises up and cools their jets. Those big boomers – and three-inch rains -- that hit Toms River a couple days ago showed that immediate-coastline impact. While we heard them going full guns to the north and west, they never reaching our shoreline; not a drop on LBI.

Check out this insane storm cell I shot as it approached Ship Bottom a couple years back. End-of-the-worldish.

NO BRIDGING THE GAP: At work, I get so many calls asking about the new Causeway Bridge, it’s tough to take the time to update callers. The trouble is I'm all too often hearing “We’ve read nothing about it in your newspaper." They obviously haven’t been reading The SandPaper all winter and spring. We’ve been updating, frequently -- as best we can. That’s not to say we’ve gotten a ton of insider knowledge to pass on. The  NJDOT has been bordering on snots when it comes to offering updates to us. I feel their unspoken attitude is, “It’ll be done when it’s done.” In other words, who gives a rat’s ass that the work affects everyone using and living on LBI.

As folks who follow my FB and blog posts know, I’ve been just about the only person grabbing some updated “new bridge” videos, now and again.

To be sure, progress has seemingly been moving at an urchin’s pace. But, that hasn’t been the case in recent weeks. You’ve likely seen the rapid placement of the new bridge’s decking. Almost overnight (figuratively speaking), we’re able to see the surface of the sister span nestled next to the current bridge. You can only see it when driving eastbound in the right lane – where you should be if not passing! 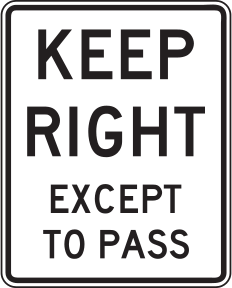 If you're a bit more observant, you might notice that the south Mallard Island revamp – converting it into a semi-authentic maritime forest – has stopped in its tracks. That is because of the tracks, those now being made by wildlife needing that space for spring/summer nesting activities.

I still feel that a slew of terrapins will smell that freshly plowed earth and rush there to lay eggs, possibly drawing some of them away from trying to make the surely-lethal Causeway crawl-across.

I’m just hoping any recently-deposited terrapin eggs are on the front burner -- able to hatch and haul ass off of Mallard before the heavy-metal gears and tracks start grinding the earth again. 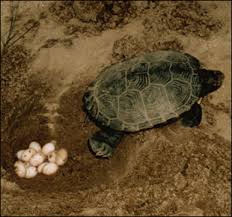 Don’t tell anyone, but I hope to give the area a quick look-and-see just to establish where any nesting has taken place. Hopefully, the experts can then step in to do any required relocating.

This coming week, The SandPaper will again be contacting the DOT, all but begging for an honest update.

I do know – from workers who, understandably, won’t go on the record – that the work is “pretty much on schedule; maybe a little bit ahead.”’

Also, I did ask the DOT -- on behalf of many callers -- if it might consider holding a public meeting to allow questions to be asked. I got the noncommittal answer, “We regularly hold meetings with the local community.”   Often that “local community” consists of political leaders far more than the media or public. 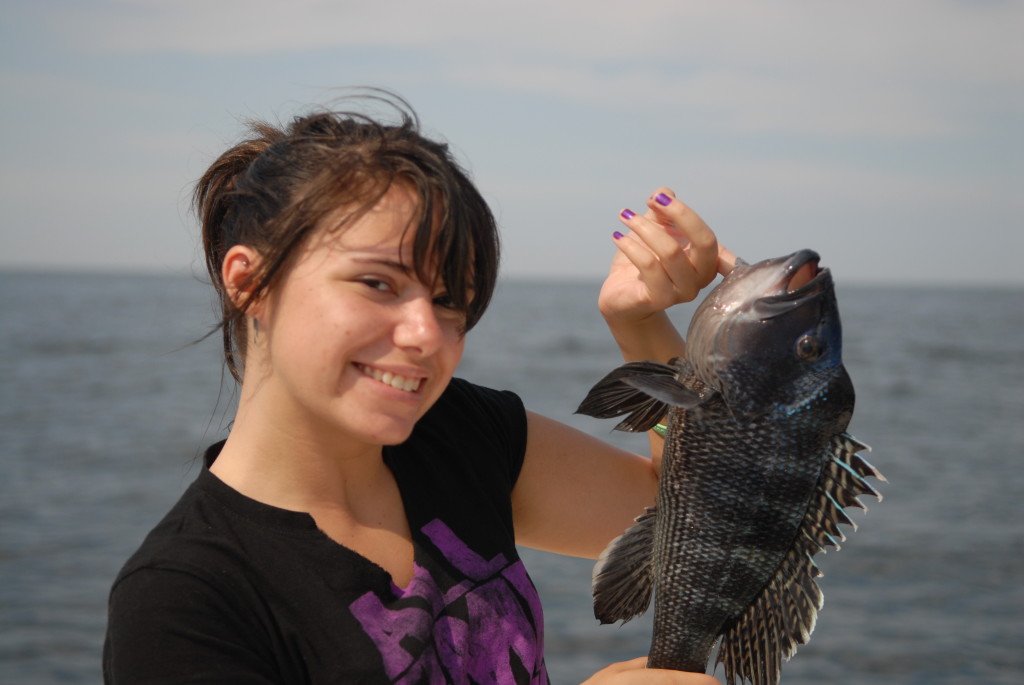 Black sea bassing has begun. The winds sure won’t help the artificial reef cause.

I fully enjoy black seabass – for dinner, occasionally. I always try to emphasize the fact that these are amazingly meaty fish, providing they’re cooked in the round – as in WHOLE, gutted only.

The fileting of seabass just doesn’t cut it when it comes to getting the full meat load. In fact, as much as a quarter of a seabass’ edible part is missed when slicing off just side flaps.

I can’t verbally explain the deliciousness of whole seabass slowly baked – almost emerged – in a black bean sauce. You’ll fight to get every little morsel off meat off that whole-cooked fish. 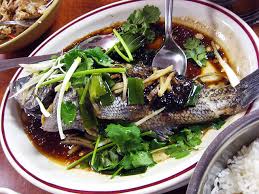 First sea bass of the year. Now let's see if the tuna cooperate

Bayside fluking should be happenin' -- if you find some leewardness ...

Ginger with the nice fluke she caught this morning