Tuesday, March 10, 2015: Today’s wash-down from  above was a much-appreciated salt-cleaning rain, though the bay now has to contend with weeks and weeks of accumulated road gunk funneled into its gut… Tuesday, March 10, 2015: Today’s wash-down from  above was a much-appreciated salt-cleaning rain, though the bay now has to contend with weeks and weeks of accumulated road gunk funneled into its guts. The upside is the low flora and fauna presence right about now, short of winter flounder and slowly emerging blue claws. 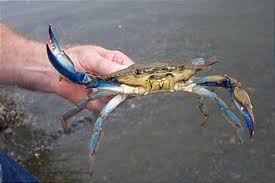 The Causeway remains a crazed cruise during the day, as lanes are singular and narrow. We had downed wires in the westbound lane today. It proved how quickly things can grind to halt should that single lane get blocked. Still, things regained a decent flow quite quickly after the downed wires were cleared.

As to what might happen in a big-ass Island emergency, I’m told first aid squads will resort to Medivacs more rapidly than usual. Also, the DOT has ways to adjust for a full evacuation of LBI, if needed. Hey, don’t downplay the possibility. The Great March Storm of 1962 hit on March 6, with not even a resemblance of a warning. 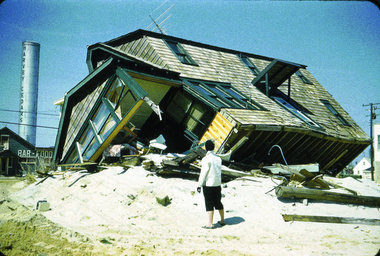 Below: Weather map of March Storm. Oddly, it doesn't look all that impressive. 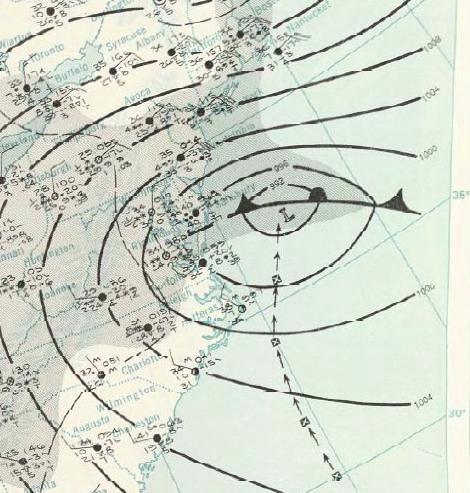 "This northeaster, which coincided with a spring tide, remained stationary for almost 36 hrs so that beach and barrier flooding lasted over 5 consecutive spring high tides (O’Brien and Johnson, 1963). The strong northeast winds, broad fetch, and high angle of wave approach caused record flooding and beach erosion down the eastern seaboard extending from New England to Florida. Most houses near the beach were destroyed by storm waves and washover unless a wide beach and high dunes protected them (Morton et al., 2003)."

Amazingly, a modern read of the maps indicates the storm could have been a lot worse; more powerful. BEACH FIX: I’m getting some input about the suddenly upon-us beach replenishment fix. Initial equipment will be seen in less than two weeks.

I’m more understanding of replen opponents than many people think, despite having been part of the initial plans for the big fix, way back in the mid-1990s. Hey, even I can’t fathom Holyoke jetty fully under sand, despite knowing it’ll reshow in nothing flat. With that in mind, I’m already factoring just how quickly we’ll see the return of surfable waves, post sand-pump. Lineups have already rebounded in twice-replenished Surf City. Holyoke will quickly rise again. I guarantee. Also, one has to wonder if there might be a point break where Wooden Jetty now lies. That area is going to go from sand way out into the ocean to a point where the Island has moved so far west it’s just about breaching. BUGGY NOTES: The beaches are now free of snow cover but still have some serious sinkage areas for buggyists, especially when approaching off ramps.

I had to get out and dig a bit a couple days back, after realizing I didn’t have the momentum to climb an off ramp -- and then trying to veer back toward the beach, despite knowing to never get sideways (N-S) in a sink zone.

It wasn't much of a crisis since I knew I had my tires at 35 psi. (Do not try this at home.) A little deflation (down to 25) and I easily backed up and just as easily conquered the off-beach climb.

I’ll re-note that horsepower truly matters when buggying. I don’t care about the extra weight of a big 8-cylinder engine, like my Chevy. The brute HP force more than compensates for added sinkage. 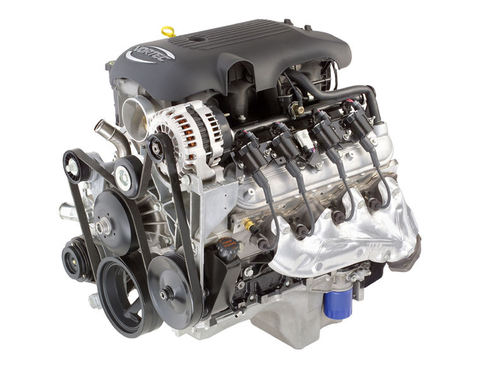 Yes, I’ve had my share of so-called feisty four-cylinder fuel-injected 4WD vehicles. And, in the right hands, they can oft handle a lot of beach. But, I did not have the right hands. Why do you think I’m so good at efficiently helping bogged down drivers escape stuckness? Experience. Loads and loads of 4WD, four-C experience.

By the by, during my minor sink-down, I was sourly tempted to break out my brand new heavy-duty come-along (and 30 feet of strapping) just to try it out. I had to get back to work or I could have found out if dune fencing is solid enough to act as an anchor point for a come-along power-out. (Don’t worry, George, I wasn’t in Beach Haven. Your fences are fine.)

A quick note that clamming is quite doable on the Holgate mudflats. In fact, the now-gone ice has fully flattened the grasses – pancaked ‘em -- so it’s an easy drive in … not that I’m ever going to try that again. Twice bitten, once shy.

Last fall, at a meeting in Mystic, Connecticut, the Atlantic States Marine Fisheries Commission’s Striped Bass Management Board voted to implement new coastwide recreational striped bass  regulations of 1 fish per day at a minimum size 28 inches, which scientists estimated would achieve a 31% reduction in the harvest.

However, they also gave states the option to form their own “equivalent” regulations, as long as they achieve at least a 25% reduction.

Every state is approaching this option differently, with some state managers accepting the 1-fish bag limit and other states attempting to come up with 2-fish solutions.

Here is the breakdown by state. We’ll update this information as it changes.

Maine: Two options are being considered.

New Hampshire: The daily limit for striped bass has been reduced to 1 fish per day, 28″ or larger.

Massachusetts:  Massachusetts rejected the idea of special limits for the “for-hire” fleet and adopted a daily limit for striped bass of 1 fish per day, 28″ or larger.

Connecticut: The daily limit for striped bass has been reduced to 1 fish per day, 28″ or larger.

New York: On March 10, 2015, NY’s DEC announced at the Marine Resources Advisory Council meeting that recreational regulations would be set at 1 fish per day, 28″ or larger.

Delaware: Delaware’s Division of Fish & Wildlife will schedule a public hearing on the recreational options in “early 2015.” The hearing record will be open for 30 days at that time and Delaware’s 2015 recreational regulation will be set after thorough consideration of public input.

Maryland: Maryland officials held a public comment period in December on a proposal to reduce the individual daily creel limit from 2 to 1 fish and maintain the current season and 28-inch minimum size limit. An official announcement has not yet been made.

Virginia: The daily creel limit for striped bass has been reduced to 1 fish per day, minimum size 28 inches.

North Carolina: The daily creel limit for striped bass has been reduced to 1 fish per day, minimum size 28 inches.

As a result of a joint investigation by the Egg Harbor Township Police Department and the Atlantic County Prosecutors Office Intelligence Unit, today, Monday March 9, 2015, at approximately 5:30 am, members of the Egg Harbor Township Police Department’s Criminal Investigation Unit, with the assistance of the New Jersey State Police TEAMS , Bomb Squad and Haz Mat Units, Atlantic County Prosecutors Office, Galloway Township, Berlin Township, Manchester Township, Stafford Township, Randolph Township and Woodbridge Police Departments, executed a search warrant at a residence on South Main Street, in the West Creek Section of Stafford Township in Ocean County. The search warrant was for the theft of fuel from jurisdictions throughout the state.

The suspect, Robert Bailey, used modified vehicles to siphon the fuel from above, and in-ground storage tanks. The vehicles could also transport the fuel from the scene of the thefts. One of the modified vehicles had been impounded in January 7th and stored at the Egg Harbor Township Police Department Tow lot. On January 15th, that same vehicle was set on fire after entry was gained to the tow lot. The ensuing fire/explosions damaged other vehicles inside the tow lot. The search warrant located another modified vehicle that also could be used for the theft of fuel products, which was seized.

Robert Bailey 3rd, 47 years of age from West Creek, was arrested and charged with Aggravated Arson, Theft, Burglary and Criminal Mischief. Municipal Court Judge H. R. Switzer set bail on Bailey at $175,000.00 full and he was lodged in the Atlantic County Justice Facility. Additional charges from the other jurisdictions where thefts occurred