Tuesday, January 27, 2015 … (Prelude to my weekly 1/18/15 column. I’ll let you know when the entire out-there column is on the cloud. We have a fine issue of The SandPaper coming out this week. See http://thesandpaper.villagesoup.com. ;

Now that was a pretty blah blizzard. In fact, it was pretty much missing the lizzard, if you get my drift. 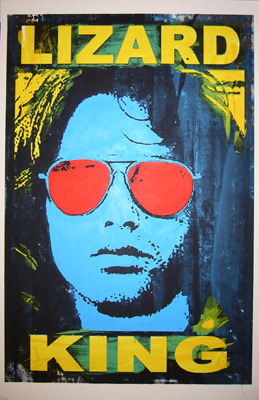 Hey, back off, I now need to somehow fill an entire column that I figured would be bursting at the seams with tales of blizzardness and possibly even the eating of snow for survival.  Instead, I’ll wax unpoetically on our growingly insane infatuation with storms and rumors of storms. Not unlike the build-up to a Super Bowl, the hoopla and circumstance prior to a predicted winter blow is far more lively and entertaining than the storm/game itself. In fact, a storm in progress is a bore. It’s little more than wind gusts and stuff falling outta the sky … as once highly-animated pre-storm folks sit idly tucked away, occasionally looking out the window, before eventually getting bored to the point of arguing with household pets over what type fillers are acceptable in canned foods.

I can’t help but cackle at the tons of people who look at a snowstorm and declare, “It’s so pretty out there,” then they stay in-house for 48 hours straight, awaiting road crews and snow shovelers to get the “stinkin’ snow” the hell outta their way.

(Above: "Snow-Bound" -- An Appreciation" by Michael Maglara) SCIENCY STUFF … OR NOT: Did global warming save us from the blizzard? Sure, why not. And PETA saved us from Mad Cow Disease?

Truth be told, it was likely warmer surface waters being closer to us than usual that brought us rain during the daylight hours of yesterday, via northeast winds. Had that rain been snow, it would have equaled the very modest amount we finally got after dark, five inches. I base thats on the rain gauge readings I took at 9 pm, not long before the transition from rain to snow.

But back to the warmer ocean waters.

While overall sea temps off NJ weren’t acutely elevated, all of yesterday we flirted with the freezing mark. That clearly shows the huge impact even a small fluctuation in sea surface temps can have.

I’ll conveniently reassert here that I’m very suspect of all the sky quirks being consigned to Global Warming. Many are pure bunk wrapped inside nonsense. But one troubling planetary change that I can see and feel is the increasing of ocean surface temps. If that means I support Global Warming – in this one instance -- so be it.

I don’t have to board the loony tune section of the Global Warming bus to assign our near blizzard miss to a warmer ocean.

As to New England getting creamed by the blizzard of 2015, they actually got the full brunt of warmer waters, which can doubly energize a developing low as it moves forms off the coast.

For those with a feel for local weather, you know full-well that our coastal storms have, for likely a thousand years, formed/exploded off Hatteras. An absolutely undeniable sign of the far-ranging impacts of shifts in the surface temperatures of the Atlantic would be a discernable northerly shift in where storms explodes off the East Coast after the energy shift from Great Lakes systems.

Might we soon see the birth of the Cape May low? If so, we have to study how the energy from Great Lakes lows is transferred to the southeast. I’m betting it’ll have to do with sea surface temps off the Eastern Seaboard. In Colorado, fast food restaurants are seeing  the effects of stoned customers ... The one server takes it all very seriously ... the other, not so much.