Damn, it's a good thing this gal has covered her head against the cold.    Saturday, December 06, 2014: Today offered a midday fishing window of opportunity – right when I was MC’ing the Ship Bot…

Damn, it's a good thing this gal has covered her head against the cold. 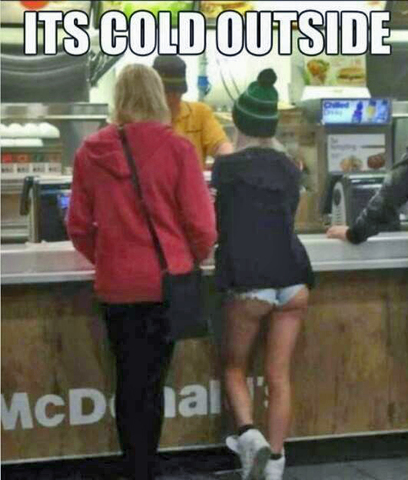 Saturday, December 06, 2014: Today offered a midday fishing window of opportunity – right when I was MC’ing the Ship Bottom Parade. I didn’t mind biting the fishing bullet for such a good cause but I did get word – from Mayor Porky – that some very fine schoolie bassing was being had in the Ship Bottom surf. That report went along with another recent phone message-report speaking off bass-per-cast conditions on the south end – not sure bay or ocean but I think it was the surf.

I’m hoping to get out right at dark, even if the weather is pissy.  All too soon we’ll be outta angling opportunities, seeing it’s already into December, which is traditionally the last month of winter surfcasting for stripers. 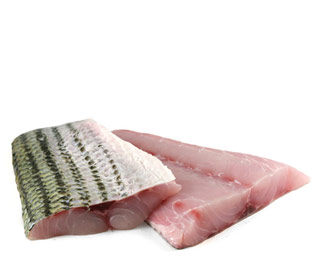 I was asked about freezing striped bass. It’s so-so when frozen. I’ve tried freezing bass and have done best by seasoning portions, with thick sauces, then freezing. When frozen, striper meat is easily and tastily served by thawing and cooking (microwaving, broiling or even poaching) then making into fish cakes.

Note: I have tried to sushi striped bass, as fresh as it comes and in a number of ways but I've yet to develop a taste for it. It's very fishy, even with a load of wasabi in play. Still, I've seen it served in some Asian restaurants. Hey, if you like it raw, more power to ya. Here's a serving of cured bass for ya ... 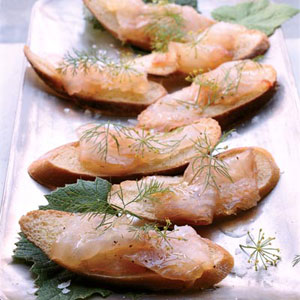 I also haven’t had the best of luck simply baking thawed striper filets. It's decent, mind you, but sorely lacking the flavor element of fresh caught. On the other hand, thawed fillets are decent for breading and deep frying, though you don't want to use thick filets. Cut the thickness down with a filet knife. 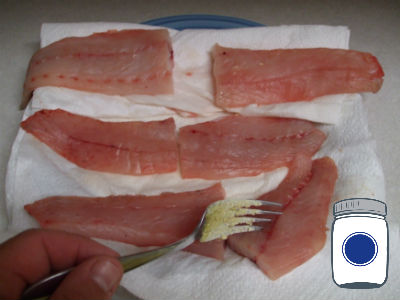 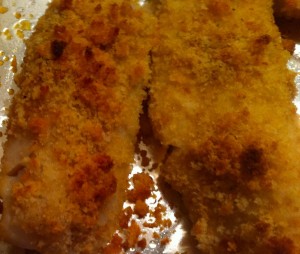 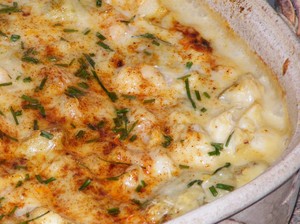 For thawed fillets, a thick cheese sauce can make for a nice casserole setup.

Several years ago, I had this great dish from a small "Seafood Shack," a little Hole in the Wall restaurant up ... 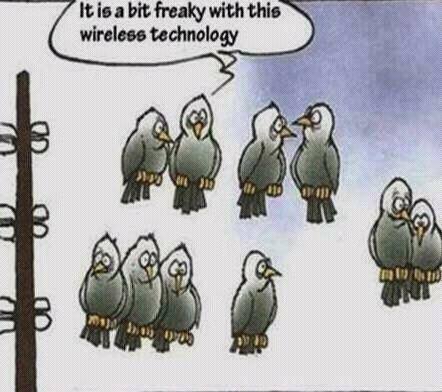 Merry Christmas from the Kopenhaver Santas!!!

Executive Summary
• Low pressure is forecast to develop off the southeastern United States coast on Monday then move northward
Monday night into Tuesday. It is forecast to make its closest pass to the New Jersey and Delaware coasts early
Tuesday.
• There is still uncertainty as to the track and strength of the low, which will impact the overall forecast.
• Precipitation is forecast to overspread our region from the south Monday afternoon and continue through
Tuesday before tapering off Tuesday night or possibly Wednesday.
• At this point, due to the track of the storm being close to the coast, most areas will experience mainly rain.
• There is the potential for snow and mixed precipitation Monday night mainly north and west of the Interstate 95
and Interstate 78 corridors. By daybreak Tuesday, most locations will become all rain except for the Poconos
and extreme northern New Jersey. Similar to the pre-Thanksgiving event, precipitation type could be elevation
dependent.
• The rain could mix back with some snow before tapering off Tuesday night or Wednesday morning.
• Snowfall amounts of 2 inches or greater are possible through Tuesday afternoon in the Poconos and extreme
northwest New Jersey, in addition to some light icing.
• Rainfall of 1 to 2 inches with locally higher amounts are possible. Some of the rain could be locally heavy,
especially on Tuesday, which could cause flooding of small streams, in urban areas and on road surfaces.
• Northeasterly winds are forecast to increase to 10 to 20 mph on Tuesday with gusts to 25 or 30 mph possible,
especially closer to the coast. Depending on the track of the storm, the wind could be stronger.
• Gale force wind gusts are possible on the coastal waters of New Jersey and Delaware from Monday night into
Tuesday. Storm conditions can not be ruled out, ultimately depending on the track and strength of the storm.
• Moderate tidal flooding is possible on Monday and Minor to Moderate tidal flooding is possible Tuesday on the
Ocean and Delaware Bay.
• Another briefing package for this event will be issued around 400 PM on Sunday barring any significant
changes. Please monitor our website at www.weather.gov/PHI for the latest updates and changes.

My two on a OO7, dad got a few on a tsunami sand eel most were in the wash