Warming up for tomorrow's Ship Bottom Christmas Parade ... 1 pm   Friday, December 05, 2014: Did a trip to Holgate this a.m. and it was as unattractive as it gets. Oh, it was still wonderful. I’…

Friday, December 05, 2014: Did a trip to Holgate this a.m. and it was as unattractive as it gets. Oh, it was still wonderful. I’m using the word unattractive in a different sense. There are no owls, eagles, falcons, harriers, … hell, there weren’t nothin’ but gulls -- and they weren’t there in large numbers. This reduces the south end’s attractiveness, so to speak. There was not a single vehicle in the parking lot. Had there even been a lone snowy owl there would have been a half a lot worth of Holgate stoppers-by.

They’ve begun the work on what is going to be quite a bathroom facility. I don’t know about showers, though I have to think at least an outside shower will be on-premises. The odd part to me is the planned decking, which looks like it’ll go all the way to the beach – and also surround the facilities. You can get an idea of the extent of the building and decking via this video, shot today.

Below, John mentions the expression "rats" for smaller bass. Not many folks like it. The first I heard it was during the obsessive live-lining phase in the 1980s. A "rat" was a smaller bass that took on and usually killed a precious live herring. I really didn't hear it applied to everyday plug-caught smaller stripers -- at first. Then the expressions moved out a bit but hasn't been overpopular. I did some mainland digging today. Wasn’t much exciting to be found -- but I was found. Got a chigger bit just above the ankle. Just one but I’m scratchin’ like a hound at that one spot. I bring that up since a load of huntin’ folks will be out and about this coming week. Hard to believe you might still have to content with chiggers – and still avoid leaving a bug-repellent scent trail. This potential is always there ... apparently even in winter. 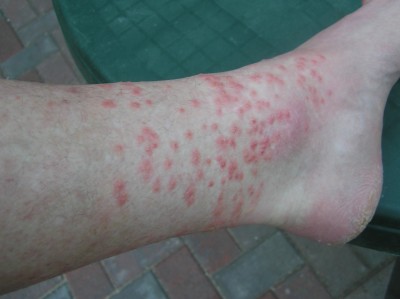 One can only guess at what the hell is going on in this 1940s LBI beach photo. A long-lost sacrificial ritual?

Esoteric TBTs rock. This is an original menu handed dignitaries attending the “BANQUET CELEBRATING OPENING OF THE NEW BRIDGE AND OCEAN BOULEVARD TO BEACH HAVEN.”
We’re talking the very first bridge “opening” -- as in 1914.
The dinner also marked the building/perfecting of the “Boulevard” from Ship Bottom to Beach Haven; a nightmare to build, with large segments of it running through swamp areas where mosquitoes were so thick workers wore thick clothing even in 100-degree heat.
The menu itself is fascinating in that it offers a taste of the celebrities -- and the focus -- of the event.
Canape a la Mercer Baird: 1909, Mercer Baird becomes mayor of Beach Haven.

Consume a la New Bridge: It was way better than driving an already rickety Model T across the railroad trestles to get to LBI.
Broiled Sea Bass Judge Berry: I’m betting this is Ocean County Judge M.L. Berry, possibly related to Beach Haven’s J. Willet Berry.
Sweetbread Patties Boulevard: The “sweet” was in finally having a straight shot makeable drive from Ship Bottom to the Queen City.
Fruit Punch Senator Mathis: The “fruit punch” aspect might have been some friendly politicking but (then) state Senator Thomas Mathis – a Tuckertonian -- was “one of the most venerable politicians in Ocean County history. Known as Cap'n Tom because he commanded J. Pierpont Morgan's America's Cup yacht for eleven years.” (PolitickerNJ)
Salad a la Governor: Guest of honor was NJ’s 45th governor, James Fairman Fielder He had coastal roots, coming from Asbury Park.
Beach Haven Ice Cream speaks for itself – and hasn’t changed much over the years.

For any bikers, these images are insane. They came from a Melega auction (http://www.legaciesoldandnew.com/) and are quite possibly from our area. It's a huge shot in the dark but does anyone have a clue as to who these leather-clad riders might be? 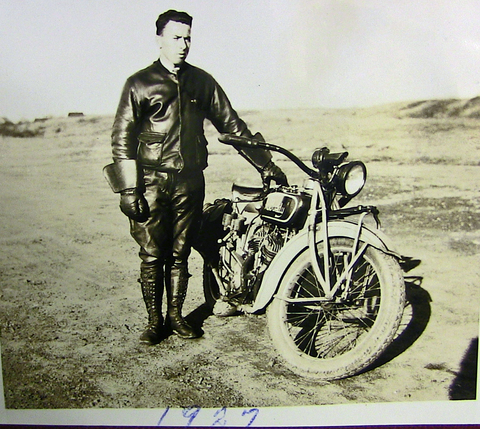 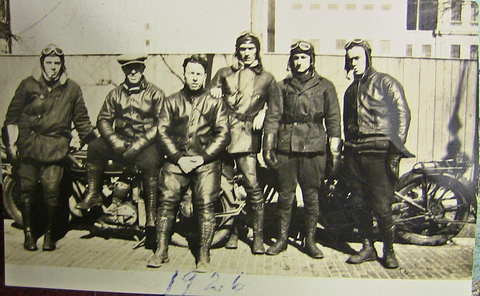 4 hours 20 shorts and still a better day then work!