Monday, December 01, 2014: Hey, you can cyber-shop locally, too. Many/most local shops also offer website shopping, usually under the shop name. What’s more, you can find what you want by researching the web then buy/order the item through local shops; that’s huge when it comes time to get later service and ongoing advice on a purchase.

It is a gorgeous day out but the fishing pressure has fallen off the edge. I guess the LBI Surf Fishing Classic impacted local fishing pressure a lot more than I thought, considering how few anglers are out there this morning.

I strained to find any upbeat non-boat reports from over the weekend. Let’s just say the LBI Surf Fishing Classic ended kinda quietly i.e. no last-minute eye-opening weigh-ins, though a ton of folks were trying their hardest to pull stripers out of the beachline.

I did get contacted by a fellow out of Little Egg who was having a hideous boat-bassing season but over the last week has had striper catching like he has never seen before. I have to think that sudden striperness reflects tightly packed bass biomasses, i.e. large schools of fish. It’s likely the fish are closely tailing baitballs, leading to condescended bass schools, creating the ultimate hit-or-miss ocean-top fishing conditions. The hot spots are most often via word-of-mouth/radio communications. Oddly, the bunker aren’t overly obvious on the seas surface. However, the stomach content of kept bass tells the bunker-eating story.

Now that fall fishing is inching toward a seasonal sunset, I’ll mention that a number of after-dark anglers absolutely bailed bayside bass, south end of LBI. That nighttime bite lasted much of the fall. Despite lacking in larger fish, it made for a great deal of relief for anglers getting skunked in the surf. Jigs and even plugs worked. There continues  to be some bulkhead and sedge edge action going on after sundown. Sorry, I can’t be any more specific than that.

Weird hookup was a nice-sized weakfish caught by boat. A couple more fluke were also taken as boat folks take to bottom jigging. 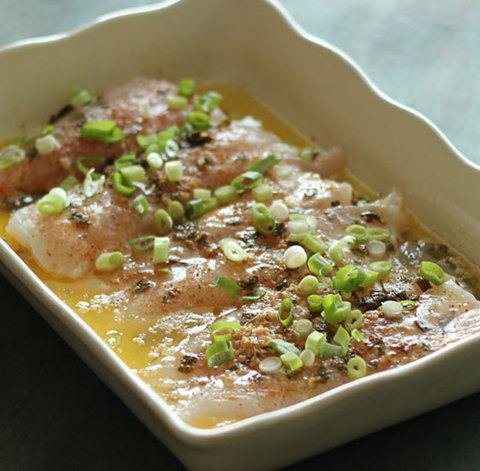 Togging has been exceptional for the sharpies knowing the right structures to tap. I’ll hint that you don’t have to go all that far out, though these are migrating fish and could abandon near-in structures overnight.  The tog I’ve seen caught recently are fat as all get-out. Sweet eats.

I haven’t gotten much word on sea bass, though I see the LBI headboats are going out today looking for some. Maybe I’ll get word on how they did.

The weather is as predicted – for a change. I noted this spell of low-impact skies. That doesn’t mean there won’t  be some squawkiness but none of that fear-tactics stormage. What’s more, those normal to above-normal temps I had forecasted are coming to fruition.  By the by, I don’t base my daily temp emphasis on daytime highs but instead on nighttime lows. I don’t see any nighttime freezing for days to come. That lack of nightly freeze-ups is super significant for both outback and beachline activities

This seems to be the final winner board for top three fish in the LBI Surf Fishing Classic ::::

I guess It's Cyber Monday I'm seeing it all over, so
Svetlana Ferdinandova
and I will be selling all single bucktails today for $4 each and customs for 6.50$ each any size 1/2 to 1.5 oz thanks....

Facebook...this is a racist piece of human excrement that has threatened me, my African-american wife and 7 racially mixed children...his name is Eian Donati. Below are some of the threats he's made so far. This video is just one of them.

Eian Donati "Hey they say it's all pink on the inside right al? Feel bad for your kids there niglits im mean I guess you think your hot shit or something but I fucking love Oreos couples like you but hey your the dumb fuck who wants to start shit I know where you work in mystic I'll stop in and see if I can buy a new Johnson off ya"

The information was forwarded to Little Egg Harbor Township PD.

Some older pix of The BEAST

Fracking is both a temptation and a curse for developing nations, says a new report released today by Friends of the Earth Europe as governments meet in Lima to make meaningful commitments to speed up the transition away from dirty energy sources. Fracking Frenzy: How is the fracking industry threatening the planet? details the impacts of developing shale reserves in new regions of the world unprotected by political power to ward off bad policies that favor fossil fuel extraction companies over communities.

The report looks at a selection of countries identified in the U.S. Energy Information Administration’s 2013 World Shale Gas and Shale Oil Resource Assessment that analyzed potential shale resources in 42 countries and 95 shale basins around the world. It identifies 11 countries it says are prime targets for the fracking industry to focus on in depth: Mexico, Brazil, Argentina, Morocco, Algeria, Tunisia, South Africa, China, India, Indonesia and Russia. It analyzes the potential gas and oil reserves (often over-estimated), available water resources, area’s geology, country’s policies on drilling, local opposition to fracking and environmental, ecological and social impact of fracking in each.

“While much has been written about fracking in North America and in the EU, this report provides a global overview of shale gas development in the rest of the world,” the report says. “These countries include seven of the EIA’s top ten countries for technically recoverable shale gas resources and are among the leaders in shale development on their respective continents. These countries also reveal the variety and specificity of the dangers associated with the expansion of the fracking industry, including environmental, social and health consequences which extend beyond the borders of individual countries.”

It points out that more than a decade of widespread fracking in North America “has provoked much debate involving scientists, industry, political decision-makers, environmental groups and civil society” and “left a legacy of environmental damage.”

“Evidence from North America, with anecdotal reports backed up by countless peer-reviewed scientific studies, shows that fracking can lead to air pollution, ground and surface water contamination, radioactive releases, noise and light pollution, induced earthquakes, climate emissions, occupational health and safety hazards and competition for access to water,” explains the report. “Despite the controversy surrounding this technique, the numerous unknowns and uncertainties concerning its impacts and the growing number of questions about the economic benefits of this industry, oil and gas operators are eager to identify new opportunities and so are engaged in a battle to make fracking publicly and socially acceptable worldwide.”

Among the things it reveals is that many of the countries—such as the North African desert Mahgreb countries of Morocco, Tunisia and Algeria—already face serious challenges to the water supply needed for drinking and agriculture, and that water shortages have already led to violence in Mexico. In addition, with shale basins sitting under aquifers that cross country boundaries, including in the Mahgreb, southern Africa and South America, the potential increases for conflicts over water supplies as well as the contamination of water used by an entire region.

“From Brazil and Mexico to Algeria and South Africa, this thirsty industry is exploiting weak regulation and causing untold environmental and social damage in the pursuit of profit. The fracking industry needs to be urgently reigned in before it’s too late for our planet and people across the globe,” said Antoine Simon, shale gas campaigner at Friends of the Earth Europe.

The report also looks at the geology of these 11 countries, whether they are earthquake-prone or whether their complex terrain will greatly increase the cost of extracting the gas or oil. “This is on top of the incalculable environmental impacts and risks,” it says. It found these risks in places like Mexico and China, both with regions that have a high amount of seismic activity. And it mentions that shale basins are often located under forests or protected wildlife areas that could be damaged or destroyed by drilling.

The report details how fracking is a global climate threat due to leakage of methane—a greenhouse gas 86 times more powerful than carbon dioxide—into the atmosphere. The report finds that even at fracking sites that use the “best available technology,” methane leakage will cause harmful climate emissions and contribute global temperature rise if fracking is developed worldwide. Case studies in the U.S. indicate that shale gas, due to methane leakage, is far worse than conventional gas and could be worse than coal.

It concludes that the available reserves of oil and gas—and their accessibility—have been overestimated while their impact on the environment and climate change has been underestimated.

“Around the world people and communities are already paying the price of the climate crisis with their livelihoods and lives,” said Susann Scherbarth, climate justice and energy campaigner at Friends of the Earth Europe. “Fracking will only make things worse and has no place in a clean energy future. Europe and other industrialised countries most responsible for the climate crisis need to use the talks in Lima to make genuine commitments to end their reliance on corporate-controlled fossil fuels and embrace clean, citizen energy.”