Thursday, July 03, 2014: The experts are stickin’ with the likelihood of tropical rain tomorrow. Hey, rain is a good thing, as I heard yesterday at an auction in Burlington County, where ac… 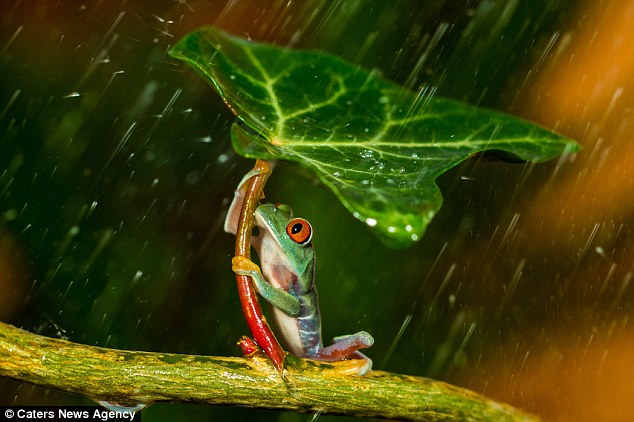 Thursday, July 03, 2014: The experts are stickin’ with the likelihood of tropical rain tomorrow. Hey, rain is a good thing, as I heard yesterday at an auction in Burlington County, where actual farmers were openly worried about the dry trend/period we had settled into. To coin a corny C&W song: “Around here we like the rain.” 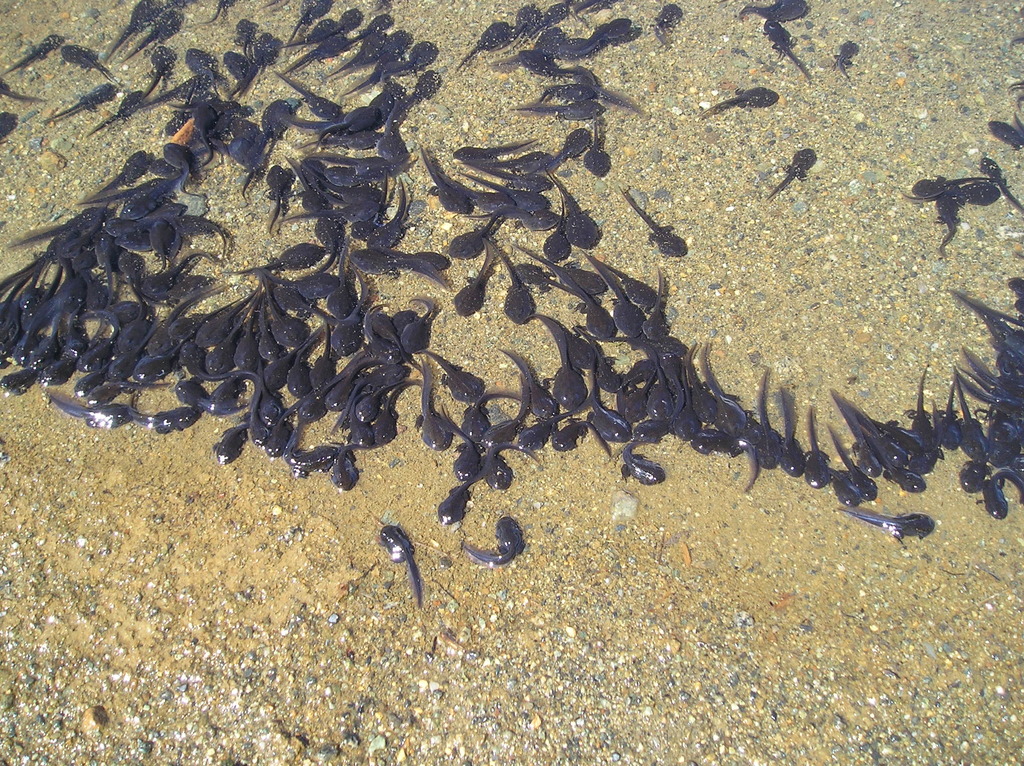 Also sure to appreciate luxurious rainfall are tadpole-laden vernal ponds in the Pines, which began drying up in the recent 100-degee-plus air. A goodly number of frog and toad tadpoles are just now sprouting legs, meaning they need a lot more time underwater. A tropical downpour will surely offer an instant refill for those outback ponds and puddles. DYK: For whatever bizarre hieroglyphics reason, Egyptians used a tadpole to denote the value of 100,000. “I can’t believe she could afford a four tadpole house. Makes you wonder what toad she’s been kissin’.” As for us, the wind thing remains a far larger player than even Arthur. The southerlies continue to pester the beaches. Water temps are frigid. They won’t end until they very quickly swing north tomorrow, when we finally see anything Arthurish. As is often a case, we spend so much time waiting for a hurricane to do something that load of other weather things whack us in the interim. In fact, we’re once again under the small-magazine gun for some slammin,’ summer thunderstorms. We saw some yesterday though the Island got off fairly unstruck, short of that late cell that rumbled through with half inch of rapid rain. It has to be noted that all these sky theatrics have absolutely nothing to do with Arthur.

As to tomorrows north winds, I still hold to the theory that they’ll all but instantly usher in very mild water – which should hang in for the entire weekend – and even into Monday, for the many who are making a four-day weekend out of July 4th. I now think the offshore winds might not kick in until late Saturday and, especially, Sunday. Surf and surfcast accordingly. It can’t be the only driver running into this: You’re stopped in line at a traffic signal, the light goes green, the first couple/few cars accelerate, but, lo, the next vehicle fails to advance. Stalled? Nah. Stalling at a light has actually become archaic, thanks to fuel injection.

Nope, the stopped-in-place, utter road hazard is a driver in a blind texting stoppage. The stopped-on-green – sometimes even at a stop sign – driver is so engrossed in look-down texting that he (a little less likely) or she (a lot more likely) is clueless to the signal’s greenness.

Just so we’re straight, the NHTSA is talking real death, not the set-up scenes performed to charm school kids with the dangers of distracted driving. Sure, we need those educational efforts but I sometimes wonder if fake-o crash scenes leave kids with an even greater sense of detachment, even fantasy, with the entire concept of highway super deaths.

I have no simple solutions for the potentially deadly stopped-on-green scenario, short of laying on the horn – or even  taking down the tags of the numbnuts and passing it on to the police.

As for distracted driving in all its forms – cellphoning while driving is bigger and badder than ever – it’s now clearly the worst highway threat out there for all of us. And, yes, there are a growing number of cases of fully drunken drivers caught while also cellphoning. Just kill me now.

PS: I happen to have not just a forward-viewing dash video cam in my truck but also side-facing cams. I can – and have -- captured the entire distracted-driver kit and caboodle. I’m actually not sure where the law can go with such extemporaneous video evidence but I’m way more inclined to somehow contact the violator – or family – and show them the video, simply say, “You might wanna look at this.” If motorists think everyone around them is watching, it might keep more hands glued to the steering wheel.

Our newest vehicle 5127. This truck will be used as a utility truck to assist in fire fighting operations as well as motor vehicle accidents and beach rescues. We look forward to have this truck finished soon! Antarctic sea ice has grown to a record large extent for a second straight year, baffling scientists seeking to understand why this ice is expanding rather than shrinking in a warming world.

The increasing ice is especially perplexing since the water beneath the ice has warmed, not cooled.

“The overwhelming evidence is that the Southern Ocean is warming,” said Jinlun Zhang, a University of Washington scientist, studying Antarctic ice. “Why would sea ice be increasing? Although the rate of increase is small, it is a puzzle to scientists.”

In a new study in the Journal of Climate, Zhang finds both strengthening and converging winds around the South Pole can explain 80 percent of the increase in ice volume which has been observed.

“The polar vortex that swirls around the South Pole is not just stronger than it was when satellite records began in the 1970s, it has more convergence, meaning it shoves the sea ice together to cause ridging,” the study’s press release explains. “Stronger winds also drive ice faster, which leads to still more deformation and ridging. This creates thicker, longer-lasting ice, while exposing surrounding water and thin ice to the blistering cold winds that cause more ice growth.”

But no one seems to have a conclusive answer as to why winds are behaving this way.

“I haven’t seen a clear explanation yet of why the winds have gotten stronger,” Zhang told Michael Lemonick of Climate Central.

Some point to stratospheric ozone depletion, but a new study published in the Journal of Climate notes that computer models simulate declining – not increasing – Antarctic sea ice in recent decades due to this phenomenon (aka the ozone “hole”).

“This modeled Antarctic sea ice decrease in the last three decades is at odds with observations, which show a small yet statistically significant increase in sea ice extent,”says the study, led by Colorado State University atmospheric scientist Elizabeth Barnes.

If the increase in ice is due to natural variability, Zhang says, warming from manmade greenhouse gases should eventually overcome it and cause the ice to begin retreating.

“If the warming continues, at some point the trend will reverse,” Zhang said.

However, a conclusion of the Barnes study is that the recovery of the stratospheric ozone layer – now underway – may slow/delay Antarctic warming and ice melt.

Ultimately, it’s apparent the relationship between ozone depletion, climate warming from greenhouse gases, natural variability, and how Antarctic ice responds is all very complicated. In sharp contrast, in the Arctic, there seems to be a relatively straight forward relationship between temperature and ice extent.

Related: Arctic sea ice has *not* recovered, in 7 visuals

Thus, in the Antarctic, we shouldn’t necessarily expect to witness the kind of steep decline in ice that has occurred in the Arctic.

“…the seeming paradox of Antarctic ice increasing while Arctic ice is decreasing is really no paradox at all,” explains Climate Central’s Lemonick. “The Arctic is an ocean surrounded by land, while the Antarctic is land surrounded by ocean. In the Arctic, moreover, you’ve got sea ice decreasing in the summer; at the opposite pole, you’ve got sea ice increasing in the winter. It’s not just an apples-and-oranges comparison: it’s more like comparing apple pie with orange juice.”