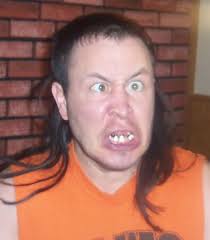 Tuesday, November 26, 2013: I’m giving this fall fishing an “F.” I don’t care if it the bass go bonkers from here on in – it won’t – but I flunked the Classic, flunked my website’s fund drive, flunked the mullet run, flunked the wild cranberry pick and even flunked beach buggying  – having lost big-time when I hit the sinkhole and tore costly pieces of the undercarriage off my GMC, including vital splash guards, essential to the survival of electrical equipment near the engine. Oh, my insurance provider is also trying to drop me, even though I’ve never asked for so much as a penny from them, even after Sandy. I’m getting an “F” there – and also giving them an “F.”

Oddly, I ain’t overly complaining about all that effin “F”-age. I think I learned from Bitch Sandy to just go with the flow, even if you’re all but drowning.

Thanks to my buddies up at

Last fall, I lost my planted crop of their world’s finest flower bulbs. Somehow they didn't survive being under almost four-feet of Sandy salty water. This year, the Schippers (met fishing at Holgate) sent me a mega box of assorted top-notch bulbs, allowing me to do something I always wanted to do: Plant an intensity garden. I’m going to have an insane explosion of spring color in a 12’ by 3’ piece of backyard real estate. I need the rush. I even had enough bulb-age left over to add some color to the front yard. Make sure to visit their website at: http://www.colorblends.com/. Tell them is sent you.

STORM TALK: As to this arriving storm, don’t sweat it. Not only is it a fast mover but the notion of anything frozen might wilt a tad by tomorrow, as air temps will easily reach 60 degrees.

As to wave damage related to suspected 50 mph south winds, things will swing to the west (wind) very early tomorrow. We all know that wind direction means a sudden end to any aggressive wave action --trying to polish off Holgate.

HOLGATE STUFF: Holgate was another “F” for me, during the closure and, now, with the 2,000-foot mark sand being as much bayside sand as Oceanside sand. It’s so close to breakage that I’m not sure it can hold out for the pumped in sand that will drift down after spring’s replenishment just to the north. The sand is scheduled to go to the point where the submerged jetty lies – and the wilderness area begins.

I heard some prattle that the township is pondering selling the refuge that small parcel of land twixt the parking lot and where the refuge’s north boundary, where it places the likes of the “Closed Beyond” signage in summer – and during sequestrations.

Admittedly, that parcel would offer a load of access/egress leverage to the refuge, which would then be able to block any human passage from the parking lot southward. Also, it would mean no pumped in sand could be placed between the parking lot (Wooden Jetty) and the submerged jetty. That furthest south patch of supplied sand is what I suspect will move most rapidly southward after replenishment, possibly saving all of fast-eroding Holgate in the long-term process.

Again, that sale possibility was just some buggy-based prattle I heard bandied about. It’s easy to be paranoid about these things. I’ll wait until official word is given before I call in favors with Congressman LoBiondo and such. 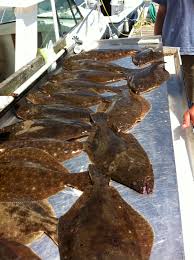 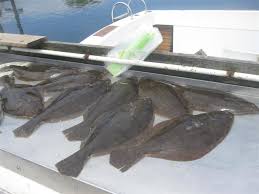 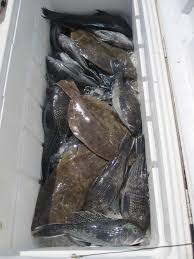 I’m not sure what to make of the announcement that NJ recreationalist went insanely over their fluke poundage allotment this year. If taken at face value, numbers-wise, we’re surely screwed for next year. If looked at with eyes toward the bad science behind over nursing one species at the expense of others, we didn’t take enough fluke.  I’m sure recreational fishing groups will develop a game plan over the winter but I’m still in the “F” mode so I’m not over-hoping things. I kept exactly zero fluke. I got no calls asking me about that.

Here is how i make mine... Happy Thanksgiving

TONY's CLAM CHOWDER..............
Get a bunch of Clams, cherrys and Hogs.... open and save that succulent juice (I only use clams I rake on the first flat behind Nauset Inlet.. no swamp clam here} the N. Atlantic pours over them every tide.... I chop them fairly small.. really don't want no giant hunks of any thing in my chowder... OK.. now... chop an onion (big one) SMALL HUNKS... chop a bunch of celery.. also fairly smaLL... Chop my home grown garlic ... then in a pot...chuck in some of KATES Hand Churned Butter, from Maine (the best ever) O forgot.. before you cut the clams up.. I take that black shit out of the bellies! sorry forgot that)... Ok now sautee the onions and celery... then add the garlic.. translucent it.. then add all that awesome clam juice.. (MY mini me calls it Clam Pee.. it really isn't) Shit forgot again.... also take a hand full of flour and chuck that into the sautteee stuff.. stir the hell out of it ... maybe add some more of Kates... then add that juice and maybe a cup or to of some good spring water you judge so it can cook the potato's.. Yes.. also add them now... when they are OK... dump the chopped clams in and add some Heavy Cream..you know a couple of those little things they come in.. simmer and add more kates in there... hard for me to explain everything.. but just kind of eye it and taste every stage of this process....
Last night this chowder put a big smile on my moms face... and i hope it will do the same for all you chowder lovers.. Happy Thanksgiving to all my friends on here..../// I LOVE YOU ALLL!!!!!!
ps.. the next day it is even betttteerrrr