Sunday, November 24, 2013: Ouch. My fingers are in that very state of mind coming off the beach, post-church. I got my chill on helping a couple anglers dig out of a minor bog down. I then added a co…

Sunday, November 24, 2013: Ouch. My fingers are in that very state of mind coming off the beach, post-church. I got my chill on helping a couple anglers dig out of a minor bog down. I then added a couple more layers of chill. I’m pretty sure that’s not what’s called layering to meet the cold. I tallyho-ed some “gentleman angler” moments by casting plugs clad in my Sunday suit and dress shoes. Oddity of oddities, I’m pretty sure I had a swirl right next to the beach, though the wind was itself a-swirl, making any fish vortex a lot less obvious.

I have no idea why some bass are so thin they seem like they haven't eaten in days. My guess is they simply haven't gotten into the fattening process, which is much less essential for stripers, which also eat all winter. In fact, I think some of the larger fish have oversummered off the Delmarva and have swum up this way to get in on sand eels and bunker. The swim thins them. Bass coming from the north seem rotund. Here's a 40-incher weighing 19 pounds.

There are a very goodly number of gents and ladies working the beaches today, most within the anti-chill cocoons of their buggy’s cabin.  However, I noticed a strategic utilization of beachfronts that were narrow enough to be afforded some wind protected by larger oceanfront homes, particularly noticeable in lower Brant Beach, from town hall south. 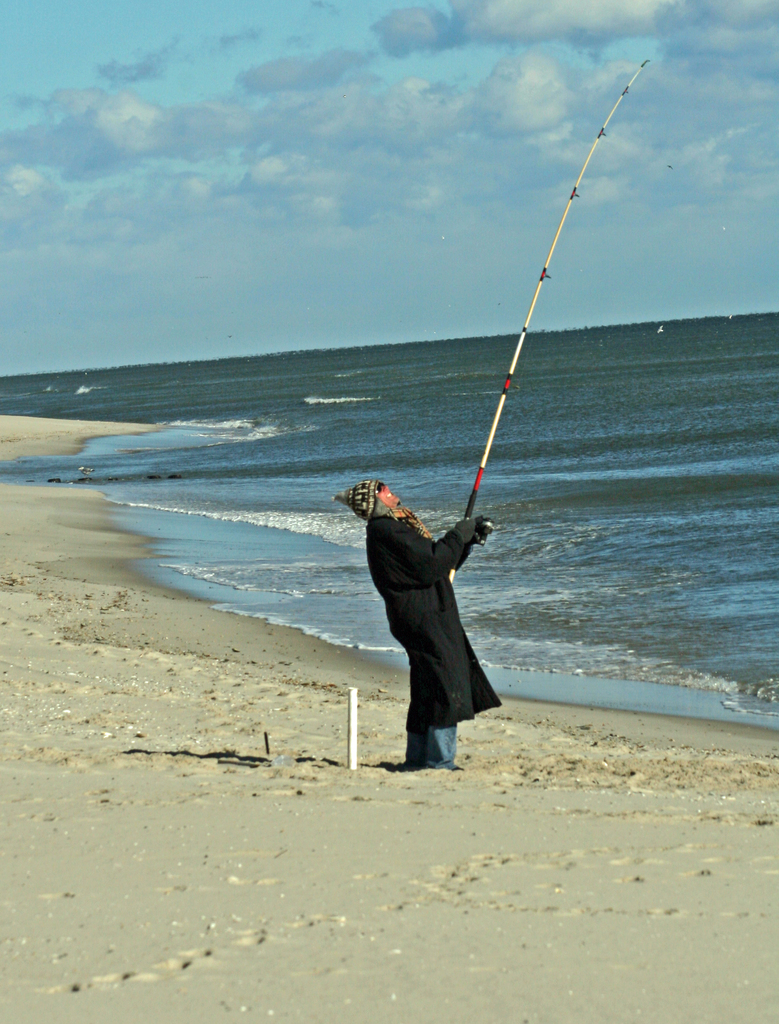 Water temps are holding in the low 50s. That’s what we want now – after bemoaning thw fact the water was too warm for too long we don’t want it to suddenly bottom out, sending schoolies away from the beach to take advantage of the thermocline further offshore. That’s where the slightly milder waster is essentially layered in place, in the water column, closer toward the bottom.

Yes, that zone can be reached as winter moves in, however, it is often out in the EEZ, where you cannot keep stripers. As I noted in yesterday’s blog, the USCG seems to be taking a more active role in checking on boats out there. By the by, it makes no never-mind if you caught fish legally in state water. If you carry kept bass out into the EEZ, you’re cruisin’ for a bruisin’. Hey, it’s not my law. Tell it to the Marines – which just happened to be choppering overhead of late, for whatever reason. Below: Yesterday. 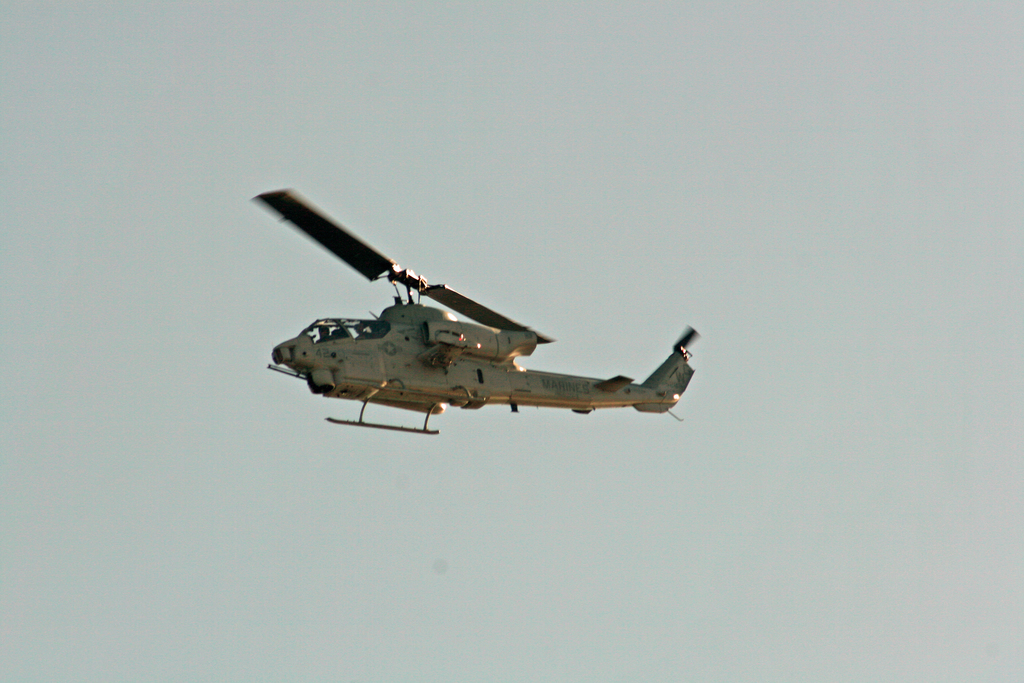 Speaking of regs, most folks know the following seabass rule change but I’ve been asked to post it since, apparently, not all are abiding by this: “ … Initially, the (ASMFC) Summer Flounder, Scup and Black Sea Bass Management Board approved ad hoc regional management requiring New Jersey, as part of the Northern Region from New Jersey to Massachusetts, to implement regulations that would reduce the recreational harvest of black sea bass by 32 percent. Based on new biological information, on April 17, 2013, the Board agreed to an adjusted reduction of 24 percent for the Northern Region resulting in a New Jersey recreational harvest limit of 364,834 fish. For the remainder of 2013, the Council approved an open season of May 19 - August 8, September 27 - October 14, and November 1 - December 31. In addition, the Council approved decreasing the possession limit from 25 fish to 20 fish. The minimum size limit will remain at 12.5 inches.”

I’m hearing via Facebook that the huge vessel off Surf City is the cargo vessel Algoma Equinox. I’m thinkin’ she’ not getting too much LBI wind protection that far out so I’m not sure what’s the vessel is doing. Photo via Jack Casella.

Chuck Walsh let this bass go. We kept 8 stripers and a bluefish today and released 7 bass.


High winds and biting cold couldn't keep us off the Tog bite today!