Tuesday, October 01, 2013: Those stinkin’ honkin’ northeast winds have finally breathed their last gasp, having done a goodly amount of beachfront sand damage in many areas, not just Holgate. …

Tuesday, October 01, 2013: Those stinkin’ honkin’ northeast winds have finally breathed their last gasp, having done a goodly amount of beachfront sand damage in many areas, not just Holgate.

Since the front beaches are now open to buggying (HC, SC, SB, LBT and BH), we have to keep a close watch over all the Island’s beachlines. I’ll be reconnoitering but please let me know if you see erosional problem, even if you’re a walk-on angler – pulling along one of those cool, hand-drawn, rod-holder thingamajigs with wheels. I think they’re great; might make a prefect early Christmas present for that special walk-on angler in your life.

Now that the NEs are done, look for some hard westerlies, which is just what the surfcasting doctor ordered. It will not only smooth out the surf (leaving some nice waves to roil the water just enough) but it will also get any forage fish migrations closer to the beachline, always an aid to surfcasting success.

The hard west winds are not the best thing for boat fishermen, who will now have to contend with cantankerous winds from another direction. Not that I’m an expert but I hate west winds for going out to sea, even a short distance. The word snotty was created for west winds after you even get half a mile out from the beach. I see the west wind thing calming down by Thursday p.m.

Smalls bluefish are out and about. A few bass are lurking. Surf fishing, as a whole, has sorta sucked. I can assure one and all that will soon change.

A couple more red drum have shown. Oddly, they are going for just about everything. I kid you not. I even heard of one going for a speck of bloodworm on a rig meant for kingfish, which have seemingly moved on except for some stragglers. The Ava jig thing worked again for a buddy of mine (his second redfish), as did a teaser ahead of a popper for a fellow landing a ten-pounder (released). I haven’t heard of puppy drum on a popper just yet.

Important epicurean note: Small redfish are highly edible; I’m talking the talk of the walk in places like New Orleans. They are the veritable source of the white-hot, fish-cooking technique called “blackening.”

Give it a try.

Always use an iron skillet, or, in a crunch, stainless steel. NEVER (!) use a no-stick skillet of any variety.

Heat the skillet until the smoke detectors go off. Hell, they’re gonna really go off in a minute anyway.

Suggestion: Open all kitchen windows, crank up all vent fans and even put a large portable fan in the doorway to the outside. Now, spice the buttered filets one good. Pouring the spice on is the best bet, over using a seasoning bag. Louisianans say you can’t put on too much blackening spice. Of course, they’re also selling the stuff.

Important: Season both sides of the filets, unless you just can’t take the heat, in that case, go heavy on one side and much lighter on the other side.

Once the high-heat skillet is white hot (iron) or flash hot (stainless), it’s time to “drop” the filets. Time it so all the filets hit the metal in short order. Do not overfill the pan. If cooking for a crew, use a bunch of skillets – not the same skillet over and over.

The instant the filets hit the metal, the cooking – and smoke – super-commence. It’s all good – until the fire department stops by, and wouldn’t mind a few blackened filets since they’re already there.

If you went heavy on the butter, the smoke is greatly reduced and might even cool the pan. Some chefs like that. Dumbasses. You want the taste of spices that are suddenly charred into sheer blackness. In fact, no blackness, no blackened seafood.

The only blackening controversy I sometimes foster is my occasional use of a lid. This method really infuses the filets with a grilled flavor, a tad above the blackened flavor. They’re both incredible. The lid method also keeps the smoke detectors from going off – as quickly.

Cook roughly two minutes on both sides. Admittedly, it’s very tough to judge doneness when blackening thick filets. I say you just break one open and check, after all, you’re not charging $25 a plate.

Big Tip: Serve the spiciest blackened fish with a side dish of sherbet. I like orange. It’s said to clean the palette, though it’s most often used to cool the tongue after experiencing the insanely spicy-good taste of the fish.

CLASSIC COMETH: We're moving in, ultrafast, to LBI Surf Fishing Classic time, an eight-week stretch of friendly angling aggression during which hundreds of avid anglers fish for Island hooking honors -- and a slew of prizes, including healthy doses of good old dinero.

To help the reach-the-beach fishing cause, virtually all of LBI’s traffic signals will be switched to a blinking cycles for Monday’s Classic start. This signal change is done to show sheer respect for the event. OK, so maybe the change in the traffic signals (for winter) has nothing to do with the Classic but getting from one potential fishing beach to another sure comes a lot easier with the Boulevard on the blink – and speed limits increased.

Please note that unusual Monday start to the tourney. It allows anglers down for the Chowderfest (Sunday) to make a long weekend out of it by taking off Monday – or the entire week – to kick off the tourney.

I’ve been emphasizing the Classic’s special money prizes, being offered in the name of the late Frank Panzone. There will be a single-day prize of $1,000 on Oct. 16 and another of $500 on Nov. 16. However, the Classic’s prize schedule is torrid above and beyond those two big-bass bonuses. The list of prizes can be found in the brochure you get with the sign-up.

A website is being finalized and you can also check in at https://www.facebook.com/LBISurfFishingClassic. Make sure to “friend” the event.

I’d like to make an appropriate appeal to all past Derby/Classic participants: We need all ya’ll to climb aboard this year. The event is fighting off the lingering Sandy effect, which cut the Classic short last year. Also, the Classic’s enhanced committee is trying to gracefully handle the ongoing transfer of tourney responsibilities, from the Southern Ocean County Chamber of Commerce to an eelgrass-roots group, comprised of shops, clubs and avid angling  individuals.

Michael Morton commented on his own photo. 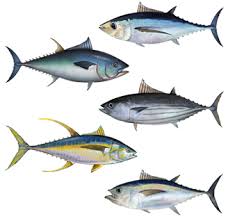 New research from the Children of the 90s study at the University of Bristol suggests that fish accounts for only seven per cent of mercury levels in the human body.

In an analysis of 103 food and drink items consumed by 4,484 women during pregnancy, researchers found that the 103 items together accounted for less than 17 per cent of total mercury levels in the body.

Concerns about the negative effects of mercury on fetal development have led to official advice warning against eating too much fish during pregnancy. This new finding, published today in Environmental Health Perspectives, suggests that those guidelines may need to be reviewed.

Previous research by Children of the 90s has shown that eating fish during pregnancy has a positive effect on the IQ and eyesight of the developing child, when tested later in life. Exactly what causes this is not proven, but fish contains many beneficial components including iodine and omega-3 fatty acids.

After fish (white fish and oily fish) the foodstuffs associated with the highest mercury blood levels were herbal teas and alcohol, with wine having higher levels than beer. The herbal teas were an unexpected finding and possibly due to the fact that herbal teas can be contaminated with toxins. 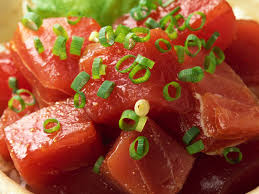 Another surprise finding was that the women with the highest mercury levels tended to be older, have attended university, to be in professional or managerial jobs, to own their own home, and to be expecting their first child. Overall, however, fewer than one per cent of women had mercury levels higher than the maximum level recommended by the US National Research Council. There is no official safe level in the UK.

The authors conclude that advice to pregnant women to limit seafood intake is unlikely to reduce mercury levels substantially.

Speaking about the findings, the report’s main author, Professor Jean Golding OBE, said: ‘We were pleasantly surprised to find that fish contributes such a small amount (only seven per cent) to blood mercury levels. We have previously found that eating fish during pregnancy has many health benefits for both mother and child. We hope many more women will now consider eating more fish during pregnancy. It is important to stress, however, that pregnant women need a mixed balanced diet. They should include fish with other dietary components that are beneficial including fruit and vegetables.’ 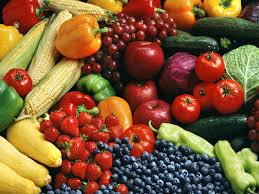 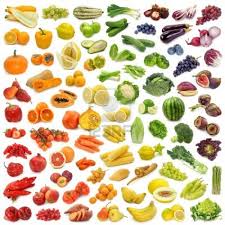