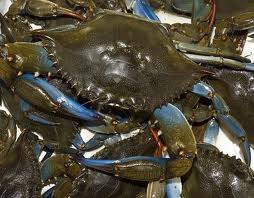 Fishery managers are moving forward with proposals to slash harvest pressure on female blue crabs by 10 percent after an annual survey found their numbers had dipped slightly below the level deemed “safe” by scientists.

But managers and watermen alike are frustrated that the iconic blue crab population — after showing signs of recovery — has slipped back to low levels seen prior to ramped-up management efforts imposed in 2008 that included an initial 33 percent reduction in fishing pressure on adult females. There is no single, clear explanation for the decline.

“I’m still somewhat at a loss for an explanation,” said Tom Miller, director of the University of Maryland Center for Environmental Science Chesapeake Biological Laboratory, and a scientist who has overseen the last three blue crab stock assessments. “Single explanations are unlikely,” Miller added. “It is much more likely to be a multifaceted answer that involves several different mechanisms that are going on there.”

This annual blue crab winter dredge survey, in which scientists sample crabs buried in winter mud at 1,500 locations, showed that the number of adult female blue crabs fell to 69 million this winter, the lowest since 2002 and slightly below the 70 million threshold that scientists consider “safe.” Historically, the survey has provided an accurate snapshot of crab abundance and is the primary tool for assessing the health of the crab stock.

This year’s result would have once been defined as “overfishing” but scientists now describe the fishery as “depleted.” The reason is that in recent years fishing pressure on blue crabs has been in the range that should have protected the female population.

“The fishery now is managed in a way that we think should be sustainable,” Miller said. “So I don’t think the cause is fishery-related unless there is just massive unreported harvesting, and I don’t honestly think that is the case.”

Nonetheless, managers say fishing is the one thing they can most immediately manage to reverse the blue crab population slide. So their immediate focus is for the three management agencies — the Virginia Marine Resources Commission, the Potomac River Fisheries Commission and the Maryland Department of Natural Resources — to enact regulations that would reduce harvest effort on females by an additional 10 percent. Managing harvest effort aims to maintain harvests at a certain level relative to the overall population, usually by regulating the numbers of days open to fishing and the amount and kind of gear used to fish.

This could actually lower out air temps over time:

Alaska officials raised the alert level yesterday for Pavlof Volcano from “Watch” to “Warning,” indicating that a low-level eruption of one of the state’s most active volcanoes may be intensifying.

In the last 24 hours, pilots have reported seeing an ash plume that reached more than 22,000 feet high, according to a recent update from the Alaska Volcano Observatory. Satellite imagery showed that the cloud of smoke stretched for about 80 kilometers (49.7 miles) to the east of the mountain peak.

“The low-level eruption of Pavlof has escalated,” officials announced.

The eruption began over the weekend, on Saturday, when scientists recorded elevated surface temperatures at the summit of the volcano. Satellite images indicated a low-level steam plume and a gas and ash plume drifting north at 7,000 to 8,000 feet above sea level.

The 8,262-foot Pavlof Volcano, located 625 miles southwest of Anchorage on the Alaska Peninsula, is one of Alaska’s most active volcanoes. Dozens of eruptions have occurred at Pavlof since 1980.

An eruption that occurred about a year ago prompted flight cancellations by regional airlines to nearby communities. Like other active volcanoes in the Aleutian Chain, Pavlof lies directly below the commercial airline flight path for planes traveling between North America and Asia.

There are no reports of flight cancellations at this time.

Ted Johnson of Beach Haven weighed in a 21-lb Striper this morning.

we are still picking away at some fun fishing.

Bragging rights? Ever have a flying fish eat a live pilchard on a 20-lb. class Penn spinner with a Titanium leader and 5/0 circle hook? It happened to us Sunday off Haulover. Plenty of small dolphin in 900 feet; we boxed eight fish before moving inshore more and putting out the kite and live baits, with Carl Grassi and Paul Michele. Also, testing Shadow-Caster Marine LEDs bait/fishing lights.

Check out the shark we caught last night off the dock!

Phil Mauro Kathy Slemmer like this? Last week at falls. Carp were jumping out of the lake. Mating season.

Michael Evans with John Lewis and 2 others