It’s amazing how quickly I catch heat. Not scalding hot heat, just sparks from folks venting over stuff I write -- or show -- in my blogs. This go ‘round, I’m sidestepping sparks over the pictures I’m showing of huge black drumfish being kept.

First of all, the keeping of these cow black drum is absolutely legal, well within the bounds of sound fishery management. Secondly, I’ve been told that some/many are being kept for meat, which is what fishing was originally all about. Thirdly, I know of a slew of drum fishermen who never keep even their biggest drum, so catch-and-release is very much in play -- likely in a majority sort of way. I’ll also note that black drum is not a heavily-harvested fishery. There are enough spawners getting through to repopulate the bay -- and then some.  Most importantly, I place photos and info in here be it good, bad or ugly. It’s kind of a right-to-know concept. So, don’t shoot the messenger.

I’ve also been getting hit up for black drum angling techniques. The few times I’ve targeted them I threw big chunks of bait on the bottom, sometimes in a fluke-fishing sort of way, though with way larger hooks. I do like using ball sinkers on a fish-finder set-up, a solid foot up from the hook on the tag end. While heavy gear seems in order, medium rods and reels add to the fight – which is far more like a slow give-and-take, not unlike a large ray. 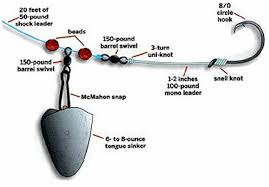 As for bait, obviously clam gobs and bunker chunks work, by the looks of those shown caught on same. However, I'll bet the sod banks that you'll see some serious drum action by going a bit bait crazy and throw out a thawed jumbo shrimp bought from the store. Both red and black drum love shrimp. They also go large on crabs, with shedders as sure-fire a bait as you can drop. Another odd bait is a whole small squid.

Fro the umpteth time I'll repeat my story of old Chris Sprague and how he showed us how to listen for drumfish in the 'hood. Now, we'd listen through the floors of simply garvey's, which meant we heard the water just below the floor boards. Newer vessels aren't big on bare-bottom listening, so run out and order yourself one of those new undertaker listening devices. (Actually, I've been in the market for one so if you'll kindly buy one and try it out, that might help me avoid buying another contraption before I know if it even works.)

This fun and educational device is ideal for listening to the amazing sounds of aquatic life including whales and dolphins.

I got a very interesting communique from a fellow down on the Outer Banks who says they're all dumbfounded over the lack of big bluefish in NC this spring. Hmmm.

Since our insane run of slammers has arrived without license plates on the fishes, I won't commence with apologies just yet. However, you've likely read about oddly similar northerly shifts in fish biomasses in the Pacific.

Sure, the entire global warming thing has been the sole focus of such bio-shifts but we just had one of the coldest winters in decades on end. Water temps were actually well below normal, so you'd have a hard time substantiating the shift based on temps alone.

So, here's a notion to ring your freak-factor bell. I was told a few years back, by a truly gifted Ph'd, that unusual changes in the planet's polarity are taking place. You might have heard about it.

Well, the panic press somehow came up with a doomsday planetary roll-over -- and we all fall into space. Mercifully, cooler headed scientists explained that such planetary polarity swings are actually somewhat common, geologically speaking. They can take place every 50,000 years -- or maybe it's 150,000 years. Geological clocks have very large, hard-to-read hands. 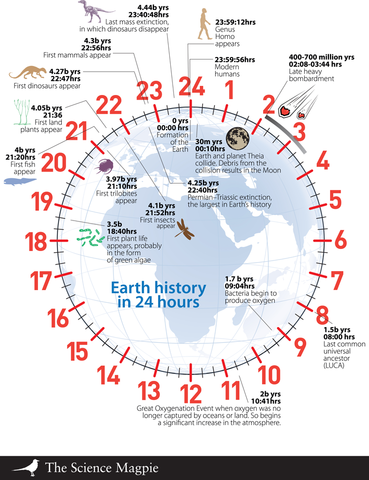 There is nothing to indicate that Earth has ever gone haywire before, during or shortly after such shifts. That said, my buddy did feel marine life could, in fact, become a disoriented during polarity "adjustments," as he called them. 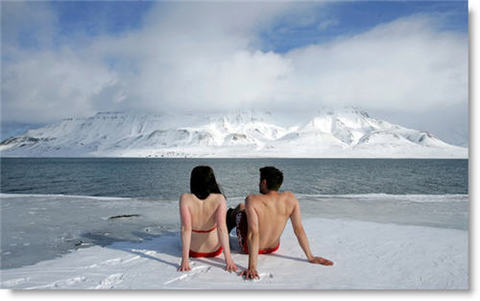 Hey, this is his (and other scientists') assertion, not mine. At the same time, I'm not kicking it out of bed as a viable "contributing factor" in weird and worldly goings on within the ocean.

Seen today. Any ideas on what this piece of equipment is??? Likely dredging but I'm not sure. Heading toward Viking Village dock area. 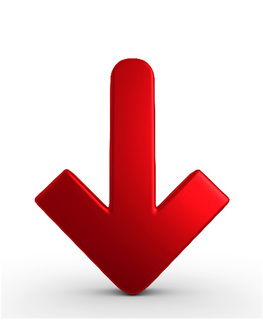 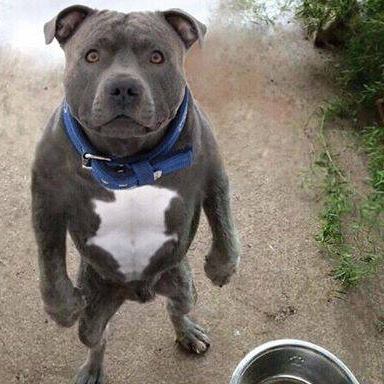 There are certain times when it's best to not argue with a pitbull.

Last week, NOAA Fisheries announced a new Species in the Spotlight campaign to focus recovery and public education efforts on eight marine species across the country that are at risk of extinction. Learn more about these eight species, watch a video featuring NOAA Fisheries' Eileen Sobeck, and check out the latest biennial report to Congress on our protected species work.

NOAA Fisheries teamed up with Washington Sea Grant, Oregon State University, and other partners to find a way to keep albatross and other seabird species from becoming hooked or entangled in longline fishing gear. The partnership's effective, low-tech solution was recently recognized with a 2015 Presidential Migratory Bird Stewardship Award.

A Century of Fisheries Oceanography

This year the field of fisheries oceanography celebrates its 100th anniversary, marked by a special issue of Oceanography magazine guest edited by NOAA Fisheries scientists. The issue describes how NOAA research from the Bering Sea to the Gulf of Mexico has revealed telltale interactions between fisheries and the environment.

NOAA Fisheries and the U.S. Fish and Wildlife Service announced a suite of new actions that the Obama Administration will take to improve the effectiveness of the Endangered Species Act and demonstrate its flexibility. The proposed actions will improve science and increase transparency, incentivize voluntary conservation efforts, and focus resources.

NOAA Fisheries issued a call for proposals for the new $4 million Coastal Ecosystem Resiliency Grants Program. The program is designed to strengthen the resiliency of coastal ecosystems and coastal communities through habitat restoration and conservation projects. Proposals are due July 2.

By June 8, please submit your comments on the principles to be used in determining fish species at risk of illegal, unreported, and unregulated (IUU) fishing and seafood fraud. The last webinar to collect public input will be held June 4.