Above: Catch this beluga's reaction after a successful bubble hit on a customer. That's one bored creature.

Bluefish just won't quit -- nor do many folks want them to stop attacking plugs and baits. I'll quit remarking on how freaky it all is until I find -- or hear of -- any adequate scientific explanation as to why we're being inundated by spring slammers. I was asked where the onslaught of small blues is at. While some cocktail/tailor blues are in the mix, they're not the heavy-hitters. One has to think the big blues might be keeping the smaller one at bay -- or outta the bay, as the case may be. A few more major drumfish are being caught -- most of them released.

Selfies have made my writing and blogging a spring delight. Not only do we get to see the fish but we also get close-ups of the anglers, even anglers who shy away from going into tackle shops for a photo session. In fact, more than a few otherwise loner anglers are becoming Facebook sensations. Obviously, the catch-and-release rate is soaring after selfies are taken and anglers realzie the fish's job is done. And, no, I'm not coming down of folks who keep a damn decent share of take-home fish. As I always say, we've earned our take-homes through decades worth of obeying fishing regs.

Below: Even black sea bass are getting into the selfie thing ... kinda. 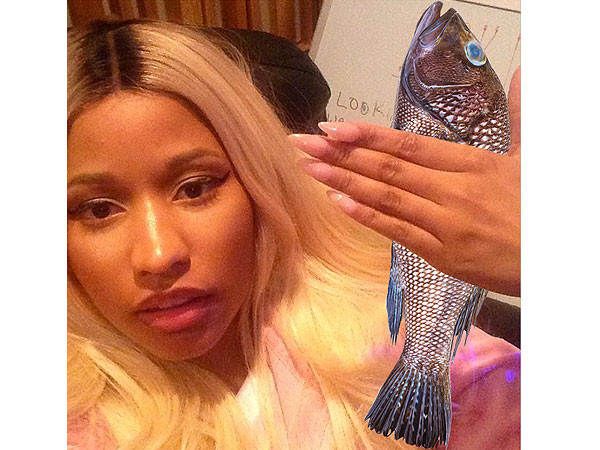 BAD RAP ON VITAL CATERPILLARS: This is my annual caterpillar understandance effort. I’m speaking on behalf of the misunderstood tent caterpillars. 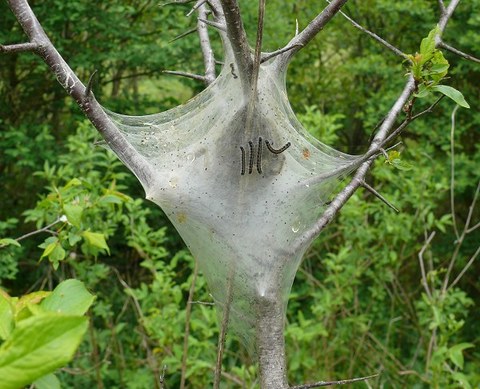 The current onslaught of caterpillar tents actually represent last year’s eggs, lain by 2014 tent caterpillar moths, during the very short time they live, something like a few days. 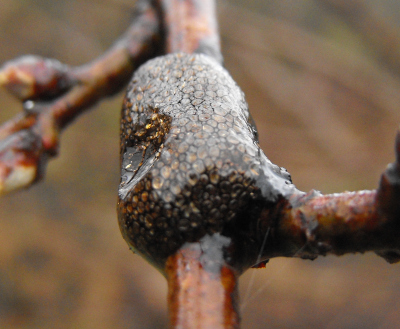 The tent caterpillar’s silken headquarters are technically communal nests, from which maturing larva (caterpillars) emerge daily to dine on nearby  leaves. Preferred leaves are those put forth by cherry, plum, peach, apple, hawthorn and related plants.

Due to their silky, high-profile presence – and the fact they’re highly active during the day -- tent caterpillars get a real bad rap. They’re often blamed for any shrubbery shortcoming folks see in the spring.

While tent caterpillars can surely do a short-term number on nearby leaves, they seldom actually kill the trees. Nature is smarter than that.

It is the minor aesthetic damage angle that gets these caterpillars demonized. An entomologist with the AgriLIFE Extension Service reflect this bias, writing, “The tent caterpillars’ unsightly webs, or tents …can detract from the home landscape.
Boy, if that isn’t backyard-centric.

But enough with the nature lesson and on to the reason I defend this essential spring foodstuff.

A wives’ tale has long proposed that nothing in its right mind feeds off of tent caterpillars. Utter and complete nature nonsense.

Ongoing studies indicate that these out-early insects are vital to arriving and migrating birds, along with fattening reptiles and amphibians emerging from hibernation. Even larger mammals feats upon them. 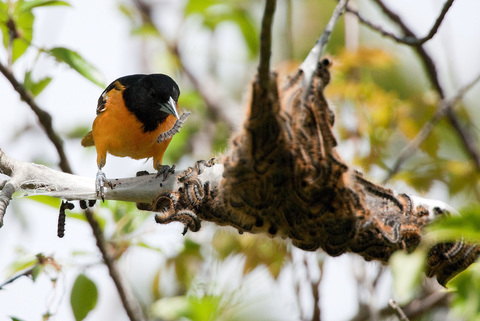 I only have to offer this read from the Conservation Resource Alliance. “Sixty birds species have been documented to eat tent caterpillars, including cuckoos, orioles, jays, chickadees and nuthatches. This same study also found that tent caterpillar outbreaks are controlled by native predators and parasites, including 127 insect parasites, 28 insect predators, frogs, mice, bats, reptiles, squirrels, skunks, and bears. By sifting through one day’s worth of bear poop (fun job) researchers found that a single bear on average ate around 25,000 caterpillars in a one day. What people find unsightly and annoying for a few months some years is a welcome gift of easy food for many species of wildlife and the species that in turn feed on them.” 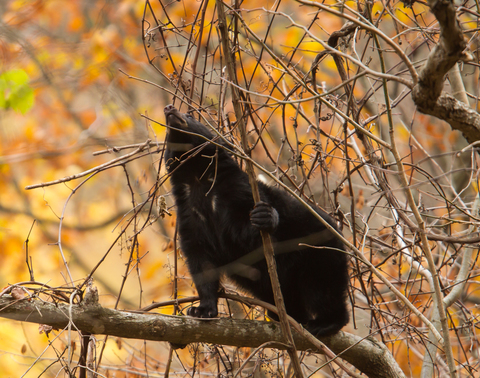 That’s it in a silk nutshell. These highly visual buggers are utterly essential to wildlife as we know it. And I’m not even remotely saying you shouldn’t undo any tents in your yard. But why not just send them asunder. It only takes a few strategic swipes with a broomstick – and maybe a couple screams and hair swats as a few of the loosed caterpillars land on your head -- and the birds in the hood will thank you. Should you opt to go toxic on those low-impact caterpillars and you can goodbye to adjacent wildlife.

Below: you can't be serious, dude! Below: First is a tent caterpillar moth. The second is a gypsy moth. 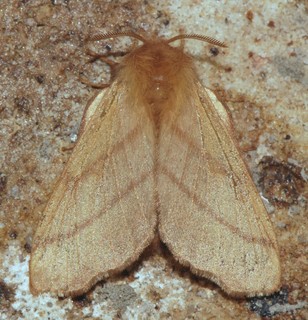 In the June issue of
‪#‎thefishermanmagazine‬ you'll also get a fish-eye look at
‪#‎needlefish‬ and my video will show them stalking their prey. You will be amazed at how they can swim.
‪#‎mikelaptew‬
‪#‎laptewproductions‬
‪#‎mikelaptewfineartimages‬

Terrapin nesting season is fast approaching....we had a successful year year last season, relocating and incubating over 500 eggs to our Holgate hatchery, we incubated and released over 95%n of the hatchlings into the estuaries in the Holgate area. Please help us patrol the roads for nesting females this spring, beginning Memorial Day Weekend....The Garden Club of Long Beach Island and the Sierra Club are sponsoring the project.

Visit us on www.terrapinnestingproject.com. to become involved. We need uour help!!! Mom, you were absolutely the best taking care of us, providing for us and making us who we are. Thank you for all you did for us. I hope your still catching doormats waiting for us to get there. Happy Mothers Day. Really glad @joeford88 talked me into going out as tired as I was from work..
‪

Happy Mothers day to my wife Annie! Not only is she a great Mom and wife but she also hooked and landed several monster bluefish on her own yesterday! How can I be so lucky! Love you sweetheart!