RUN-DOWN: There was hot time at the old Holgate Rip on Monday. The bunkies were so packed in right at the Rip null zone…

Sunday, October 28, 2007: Waves: rapidly dropping 2-4 feet. Water clarity: Fair but that doesn’t seem to be hurting the fishing. Conditions will be ideal for days to come.…

Friday Oct 26, 07: Nasty out there, some bass -- Join Stripers Forever

Water clarity: Good despite rain and ruckus. Tomorrow looks seriously iffy, weather-wise. However, I think it might be far better fro fishing than today;… 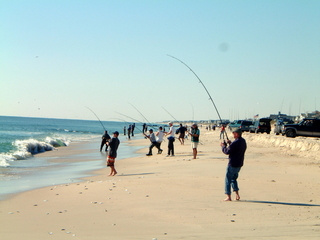 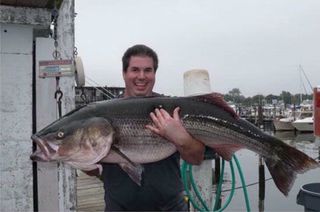