Below is the latest on the growingly fierce fight to get both our reefs back and the reef program back on-line. I'm getting a SandPaper writer to interview Bill F. and others to do an artificial reef story to alert the public sector about this battle. To this point, the entire commercial vs. recreational to-do -- as loud as it has gotten -- is very much ensconced within the fishing realm. That's not good. This is an issue that brings many larger political -- and fairness --…
Continue

Thursday, April 28, 2011: From fog to howling winds to thunderstorms and back again. The weather is freaky -- and tough on fishing plans.
The off/on fog continues to make boat fishing a tough – bump and go – effort. However, there is some very decent winter flounder fishing for those willing to sort through small fish to grab a minor take-home. Per always, chum is everything.

Bayside bassing is finding new converts. There are good bass being taken on bay street ends…

MESSIN’ WITH TOM TURKEY: For a wool-dyed naturalist like myself, just being out in the outback is enough to make my day. For me, nature’s got everything society just ain’t got – most notably, peoplelessness. Out there, I blend in with the greatest of ease – that is until it gets dark and I get freaked out and bolt homeward to watch ghost shows and play with my computer.

While I try my naturalistic…

Here I sit, rain pissing all over my plans. I guess I should pity the weekend folks who will  now hear about some super weather and fishing days this past week. Some larger blues and small bass came off the beaches, going for chunk bait or, in the case of stripers, bloodworms. Ray and his wife landed a slammer yesterday.

The bay also had its fair share of stripers, along with occasional spurts of drumfish.

Per usual, better (and more) drumfish…

A Lot to Crow About;

A CROW GROWS IN SHIP BOTTOM: Nature-wise, we’ve got a lot to crow about, as in crows by the murder-ful. A flock of crows is called a murder.

While I have a mere five decades under my Island belt, I’ve never seen so much crow activity soaring about the Island. If you keep your ears and eyes open , you can’t miss them. they’re not shy about sounding off with high-profile in-flight calls. They’re as… 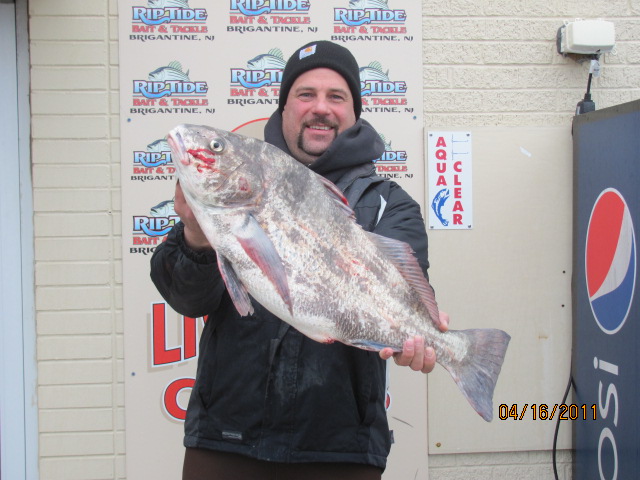 There’s no fighting the wind. You can occasionally do battle with, say, rain – or coldness or heatness. Wind often leaves few outs, short of trying to find the lee side of things, like sedges. Making matters even tougher, the howling winds today were shifting from west to south. That south might open some fishing windows down Graveling…

A near perfect day out there. Bass are being caught near the entrance creek at Graveling Point. A biggie was taken yesterday afternoon, just past that gravely zone. That creek is the last area you can look of Indian artifacts. The minute you step onto the sedge area past the creek, you are on the Forsythe Refuge and removing anything (!) short of fish, is strictly prohibited –and enforced.

The LBI bridges still have…

CREEPY CARDIAC TALE: I have to share this weird (at first) experience I had last Sunday. It even has a hint of ghostliness to it. I should note, I’ve likely been watching one too many cable TV episodes of “Ghost Hunter,” “Haunted” and “Ghost Adventures.”

While down New Gretna way, I bumped into a hardcore angling buddy, J.W., who I hadn't seen in dog’s age. I opted into conversation with… The bay continues to produce keeper bass. In fact, they’re being distributed. A buddy of mine had a fate 29-incher left at his tool shop. I got an email that Manahawkin Bay is happening even outside the famed night spots. I’ll be giving it a go later tonight. Little Egg Harbor also has fish, especially the (few) holes…

You're looking at a happier man today. OK, so maybe you're not "looking," per se, but hearing from one. Somewhat out of the blue (to me anyway), the state's marine fisheries council has opted for a longer fluke season, meaning we get 25 days into September to fish fluke after the summer masses have de-massed and gone home. Though the minimum size…

COSTLY COHO: The world of bogus labeling of seafood took a hit to the groin last week. To the total dismay of Douglas Jay, a Canadian  residing in Ferndale, Washington, the kick was squarely on his, uh, most sensitive areas, namely his wallet and freedom. 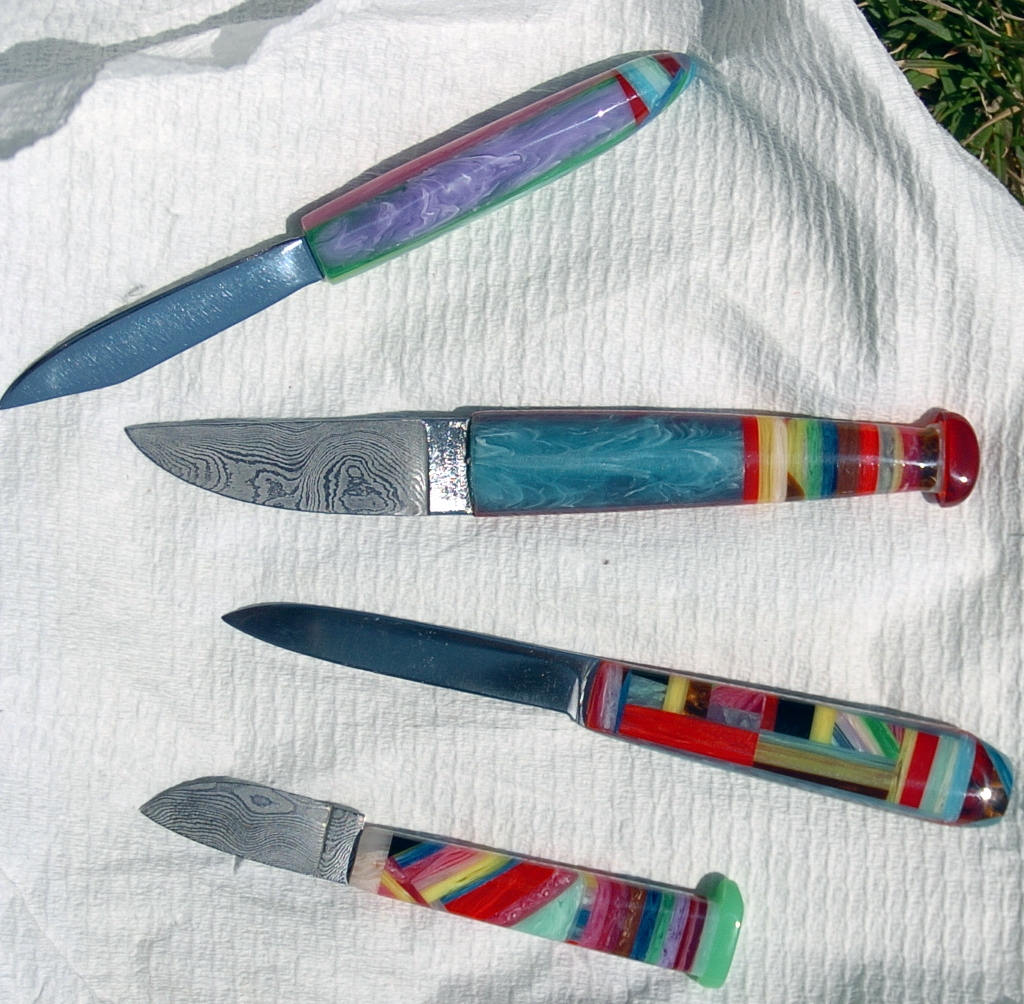 Above are some recently finished knives I made. The handles are heavily worked bakelite (complex inlaying) and the blades are shaped from Remington billets and also some Damascus blanks of unknown origin.

How about these frickin’ winds? Despite the weather folks saying winds will be 25 mph with higher gusts, I’m already showing (at 10 pm) a steady 35 mph with gusts pushing 50 mph – and the approaching front, ushering in the wind, is still half a day away, meaning gusts will only get worse as the front approaches. I wouldn’t be surprised to see widespread minor damage if the winds get much worse overnight.

The bad side for LBI is the beach…

On the fishing front, I chatted with a fellow who has been heavily working the (Mullica) river -- and doing very decently, with quite a few fish, including keeper-sized stripers, taken at Graveling point. He’s a catch-and-releaser. What makes that fairly astounding is his willingness to dig deep to buy only plenty of only the best bloodworms. Yes, some bloodies are better (sometimes way better) than others, both size-wise but also freshness-wise. Not…

Sorry my blogs have been a bit splotchy of late. It's been one of those brutal bursts of business, mainly seasonal workloads. I have barely managed outback time, which shows just how worked out I've been. Still, it's a sign of spring -- and my favorite season of spring. Of course, the temps of late haven't made it feel overly springy but I've seen quite a few rods in, on and atop vehicles coming onto LBI. I also know that folks are already working down on…