Sunday, July 15, 2012: It’s fun when I get a big burst of communiqués from all y’all, as I have this weekend. I’ve privately answered most but have published a few in here. 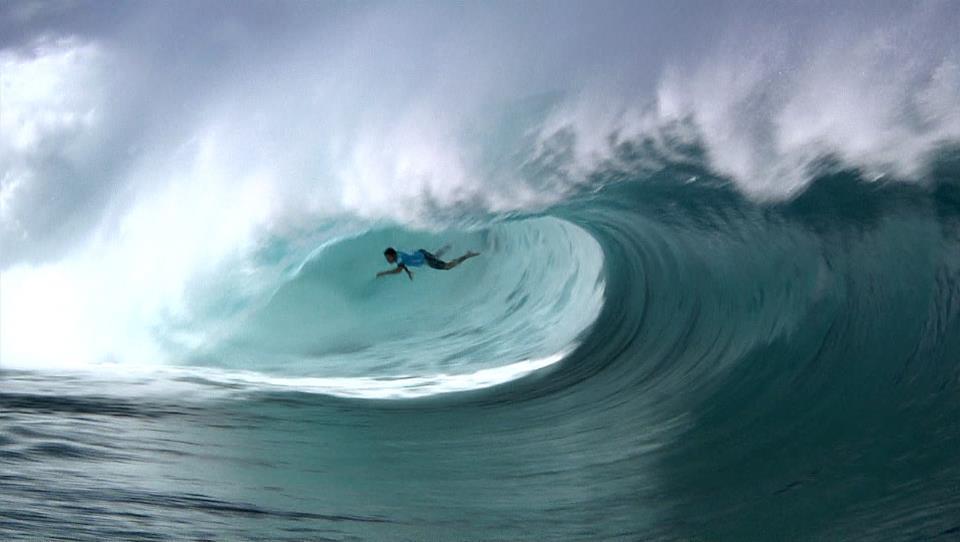 I looked high and low for any HC surf anglers to chat with between games.… 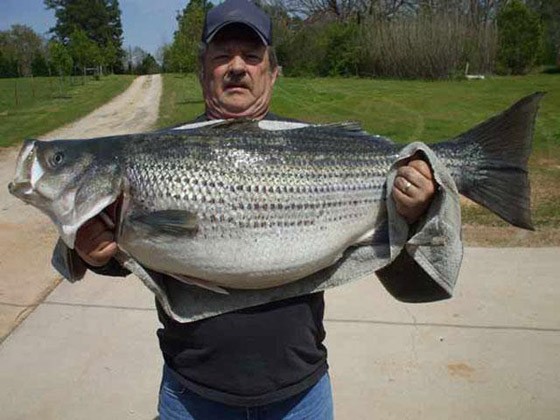 Next Thursday, July 19th, the House Subcommittee on Fisheries, Wildlife, Oceans and Insular Affairs will be holding a Legislative Hearing on H.R. 3906, H.R. 6007…

Friday, July 13, 2012: Waves are down quite a bit but there are still some set waves sneaking through. From now through the weekend, the fishing conditions should be excellent. While I never make… Above: Juvenile brown shark. Fairly lean and long in shape. Note notched upper part of tail; large eyes. Below: Bull sharks have some of the smallest eyes in the Selachimorpha realm. As the name indicates, bulls… 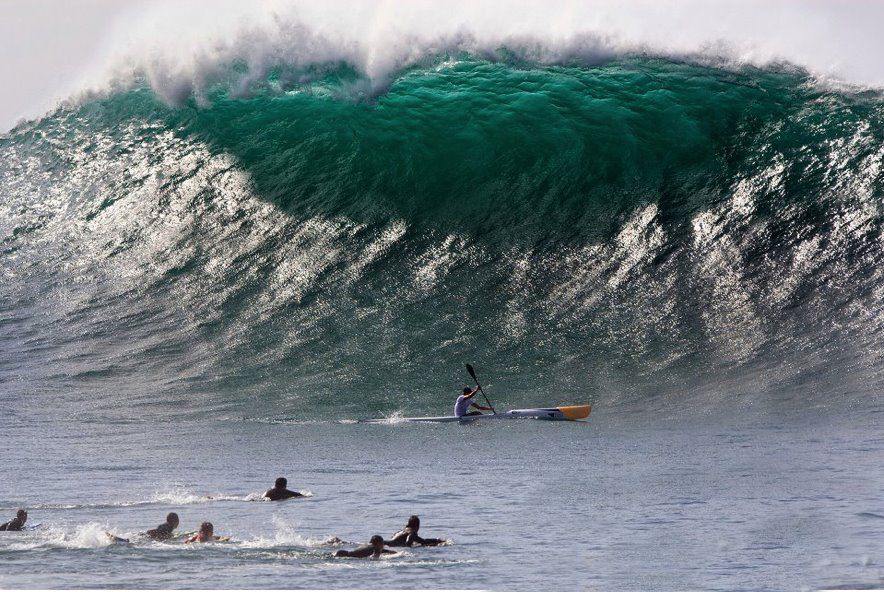 Wednesday, July 11, 2012: Weather has been kinda damn nice. The breezes were out there but fare from radical. Oddly, the fishing pressure seems to be down quite a bit, both boat and beach. The… 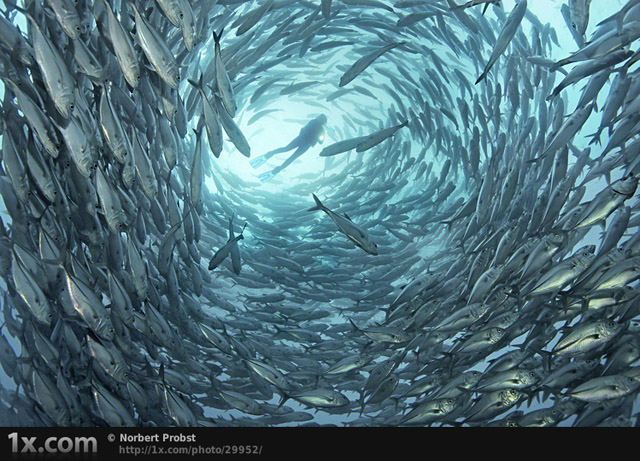 Running Into a Crazed Crosser; 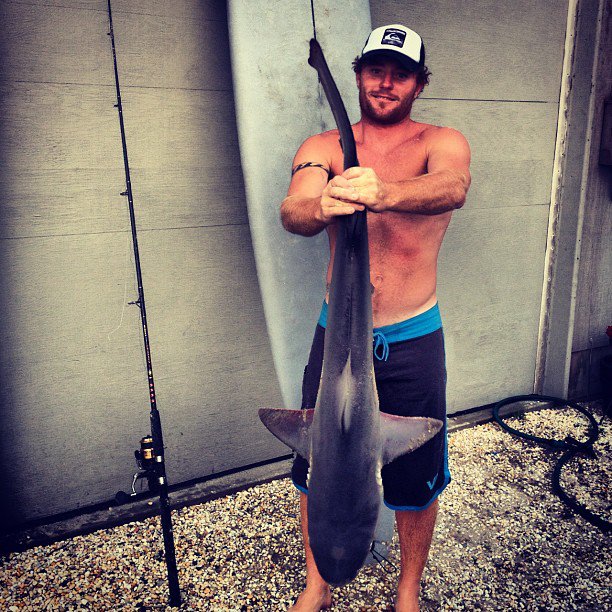 #sharkweek #surfcity #thresher got this guy off the 6 ft foam board. His mom was pissed.… Sunday, July 08, 2012: While the temp decrease today isn’t much to speak of, the change in overall conditions is huge. Light north winds, high… 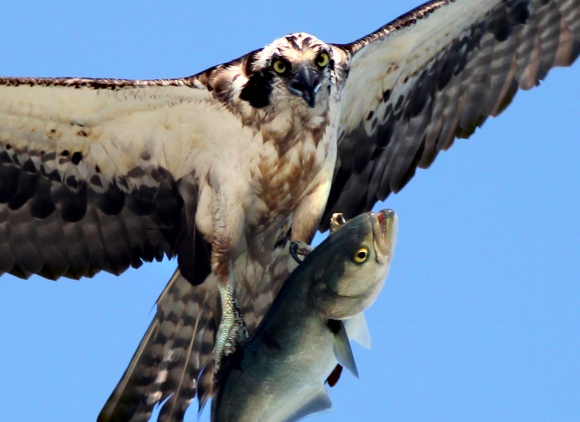 Saturday, July 07, 2012: Once again, the boat fishing pressure is insane. And the fluking is somehow keeping up with it. Numerous reports of very satisfied customers getting a decent… Friday, July 06, 2012: There is already a massive influx of more people. Notice I said… 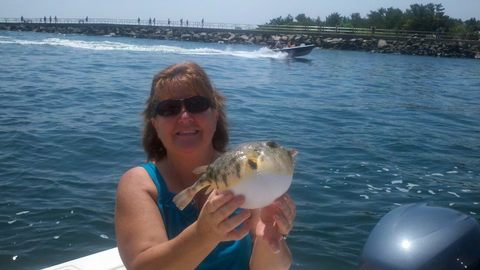 Linda with a nice blowfish.

Thursday, July 05, 2012: Heavy fishing pressure in bays, inlets and the ocean. Per usual in the summer, fluke are the prime target, though many folks… Wednesday, July 04, 2012: I have to admit I did not expect this turnout for a Wednesday July 4th.
I put this up on Facebook:
ISLAND ALERT: At 1 p.m., LBI is truly insane – packed to the gills with people. And it’s not only beach-boggling sun… 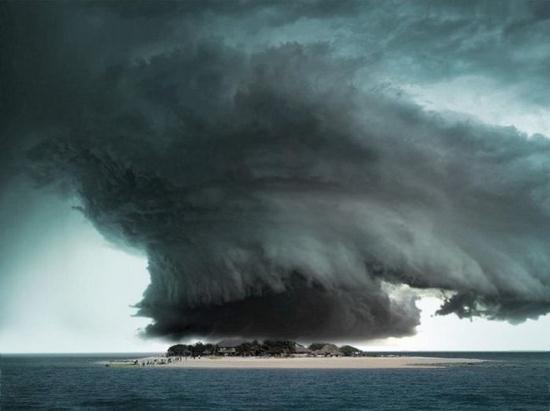 The Wildest of Invasive Species 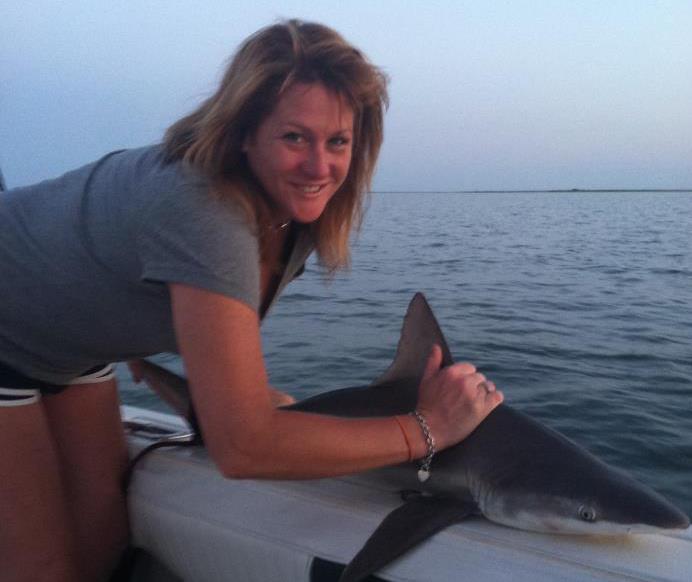 Oceanside Val ignoring the "Do Not Pet The Sharks" signs.

It’s hard to believe things could get any busier here at work – but they did. Damnit all.  It’s no picnic being an editor – even during a… It gets no nicer than it is out there now. OK, so maybe it could be cooler but right along the beachfront there is a sublte onshore flow, enough to push in the warmest water of the year. By tomorrow, it could be in the mid-70s… 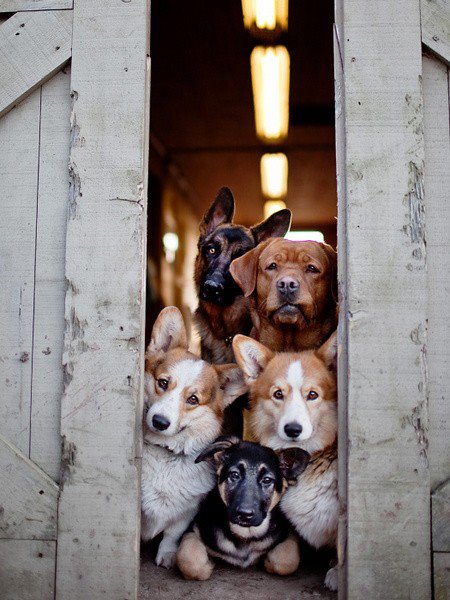 NEW YORK – As Independence Day draws near, the doctors and staff at BluePearl Veterinary Partners stress the importance of pet safety and preparedness during your planned Fourth of July festivities.

With all of the celebration, sweet savory barbequed dishes, open flames and fireworks,… I’m guessing this entire coming week will be somewhat angler heavy. I know July 4 will be a crazy-busy…