The elements have conspired out there, pretty much overnight. Not only are the winds totally honking this a.m. but that near nonstop southerly groundswell has kicked it up a notch. There are some serious south waves. I had seen that on the buoy forecasts but didn’t expect it since it was a high pressure-based swell, which seldom develops hereabouts. Well, it… Continue

CRAB POT THEFT ALL TOO COMMONPLACE

I am an avid fisherman living in Ship Bottom- i recently had some friends down so got some crab pots- not cheap- and dropped them in off the island just south of the grassy island at the end of east bay ave- used a boat.

I got to use them for 4 days before they were stolen. From what i understand it is commonplace for knuckleheads to go and help themselves- i guess it is easy pickings if you are staying on the waterfront, just sit there and wait for the traps to go… Continue

Long Beach Township Police responded to the Beach at 93rd Street in the Peahala Park section of Long Beach Township at 9:50 Sunday night – July 26, 2009 – on a report from the US Coast Guard that 4 people had abandoned a pleasure boat which was breaking up in the surf. Upon arrival, Ptl. Mark Stanish, Special Officer Dan Petrone and Sgt. Chuck Schnell observed a wooden pleasure craft, approximately 32 foot in length floundering in the… Continue

Wind and waves played the spoiler yesterday. Harder than forecast southerlies kicked in early and waves went from maybe 3 feet at sunrise to up to 5 feet by midday. That same swell we’ve had for over a week is still in place today. It’s very unusual to see waves like this in the summer without some… Continue

It’s a fine Saturday for fishing – once the wind comes up a tad to get a fluke drift going. Early a.m. is dead calm as do my wave call-in for the Weather Service. As noted before, calm air is a time to check some narrower bayside channels for fluke since you can sometimes pickup the ambient current and glide with it along the channel… Continue

Friday, July 24, 2009: Waves: Dropping but still holding at a solid 5 feet on sets, powerful swells. Water clarity: generally good to very good as light onshore winds push in outside waters. Winds: Light east for a good part of the day. Look for SE to have a significant impact on weekend.

Wind note: LBI is tilted NE to SW. This is hugely important when you’re taking in the National Weather Service “Martine Forecast.” The forecast of SW winds sound as if they would be lightly offshore… Continue

PLEASE (!!!!) Please take a minute to read this FBI transcript from the Assemblyman Van Pelt
Arrest.
If you’ve ever wondered how developers fare so well in this county, this might be a hint.
No, I’m not saying this is what goes on with every bit of build-out but please realize that this is just one time the FBI tried this investigative technique hereabouts. You’re telling me that no other local developers weren’t caressed like this in the (recent) past? You figure out the odds of… Continue


ALERT: The waves and winds are going to be very tricky today as an ongoing groundswell builds and a nasty little storm zips up the coast. Look for winds to reach 20 mph from the east-northeast.
The bigger bugaboo is going to be the wave action. There is a powerful south groundswell already. This will get royally roiled from the hard NE winds hitting it head on. The… Continue 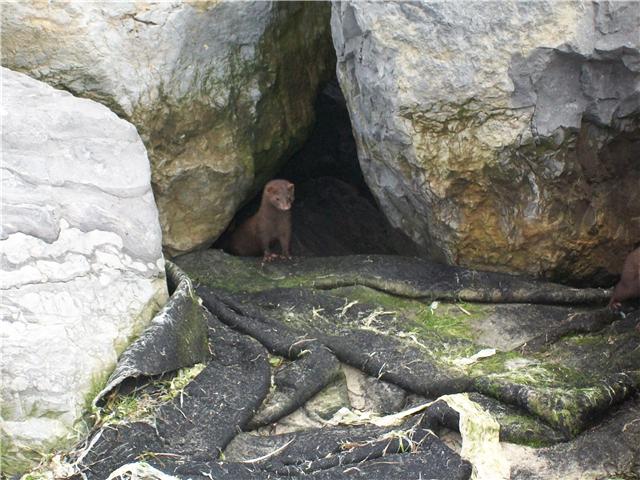 Late ID: This is a mink (and family) in BL rocks. BYPASSING BASS FOR GAS: One of the world’s largest producers of sterile stripers has given up raising hybrid bass – and has turned to raising subaquatic grass. Bass for grass, as it were. . Looking kinda gray at the gills, Kent SeaTech of San Diego saw the writing on the aquacultural wall: You can’t make no stinkin’ money farm-raising stripers. The reasons were glowing in red ink: The cost of fish feed… Continue

Ideal conditions all day. Fluking a breeze on the ocean. A few reports indicate easy pickin’s and a slightly elevated keeper rate.

Despite water temperatures that have been changing as much as 10 degrees from one day to the next, the captains of the Beach Haven Charter Fishing Association have been putting together some nice… Continue See glass eel news story further below ... Saturday, July 18, 2009: Waves: Strong 2- 2.5-foot south swell. Water clarity: Fair to poor; cold water is in place, cleaner warmer water not that far off beach but won’t be in today. Winds: Brisk offshores. Oddity: Virtually no flying/biting bugs at all on the beach despite the winds right out of the Pines, which have been as buggy as any summer in recent memory. Hopefully, the winds will swing to light… Continue GO TO::::: http://www.garbagefish.com Friday, July 17, 2009: Waves: 2- to 3-foot south swell; medium period. There is a swell running today. Actually, it’s been a fairly brisk wave season, seldom lake-like out there. As we head into the tropical season it should make for a roughish summer into fall. That’s not the worst thing for angling but it does keep the inlets a tad testy, and downright risky near the Beach Haven Inlet shoals and the B.L. shoals,… Continue

PETA TO MY RESCUE: Thank the heavens above for People for an Ethical Treatment of Animals. When I’m fully convinced my face has settled into a perpetual idle stare, those madcap PETA folks can get me up and laughing, viz-a-viz the Three Stooges, Wile E. Coyote, and that little perverted man in the long coat who used to fall over sideways on a tricycle back in the “Laugh-In” days.
The latest PETA instant-classic took place last week in Seattle, during an American Veterinary Medical… Continue

Emails and news reports: Fished the north jetty Monday afternoon at 5:00 and was bergalled to the limit. I should have saved some of the 10” average size for a meal as there was nothing else in the catch report. It was picture perfect out there with no swell, a light SE breeze and beautiful temps. Water outside the inlet at the 1st set of channel markers was 73 degrees. Tried fluking there and in… Continue

Sunday July 12 -- T-storm and other species to target

Sunday, July 12, 2009: Waves: Down to 2-3 feet out of the east; still enough swell to effect surfcasting and inlet boating.

Man, did that cold front blow through at NASCAR speed last night. I could hear a rumble way in the distance to the west and within minutes it was approaching the back bay, and considerable louder, then the obligatory bed-shaker that always seems to hit right in my backyard and then whole shooting match was out to sea in a flash. It must have been moving at warp… Continue

Ideal a.m. out there, sky-wise, though no wind for ocean fluke drift. Light winds work for fluking inside the bay but allowing drifts in narrower channels. Still plenty of small fluke near inlets. Got an interesting report from a surfside fluker who’s had some of the best beach fluking he can remember. “Not many keepers but it’s fun to have something to go after… Continue

The ocean has reared up a bit. If you’re heading down to grab some Friday angling, be it boating on the ocean or surfcasting, you better plan for some roughness. A long-period swell, essentially a long-distance fetch created by a complex weather system well out at sea, has generated enough swell that you better take it into consideration if you’re a small craft messing around the shoals near either LBI inlet, especially the Holgate… Continue

Clarification of July 8, 09 photo and story

Clarification: I had a slew of responses about the photo of George Perry’s world-record largemouth bass -- mainly folks as amazed as myself over the size of that frickin’ thing.
I do want to clarify that man in the photo is NOT George Perry. Sorry about the confusion.
The guy in the old photo is actually an enigmatic figure, part and parcel to the well-published history of the fish. He is sometimes referred to as the “smoking man,” – oddly relatable to the “smoking man” on “X-Files.”… Continue 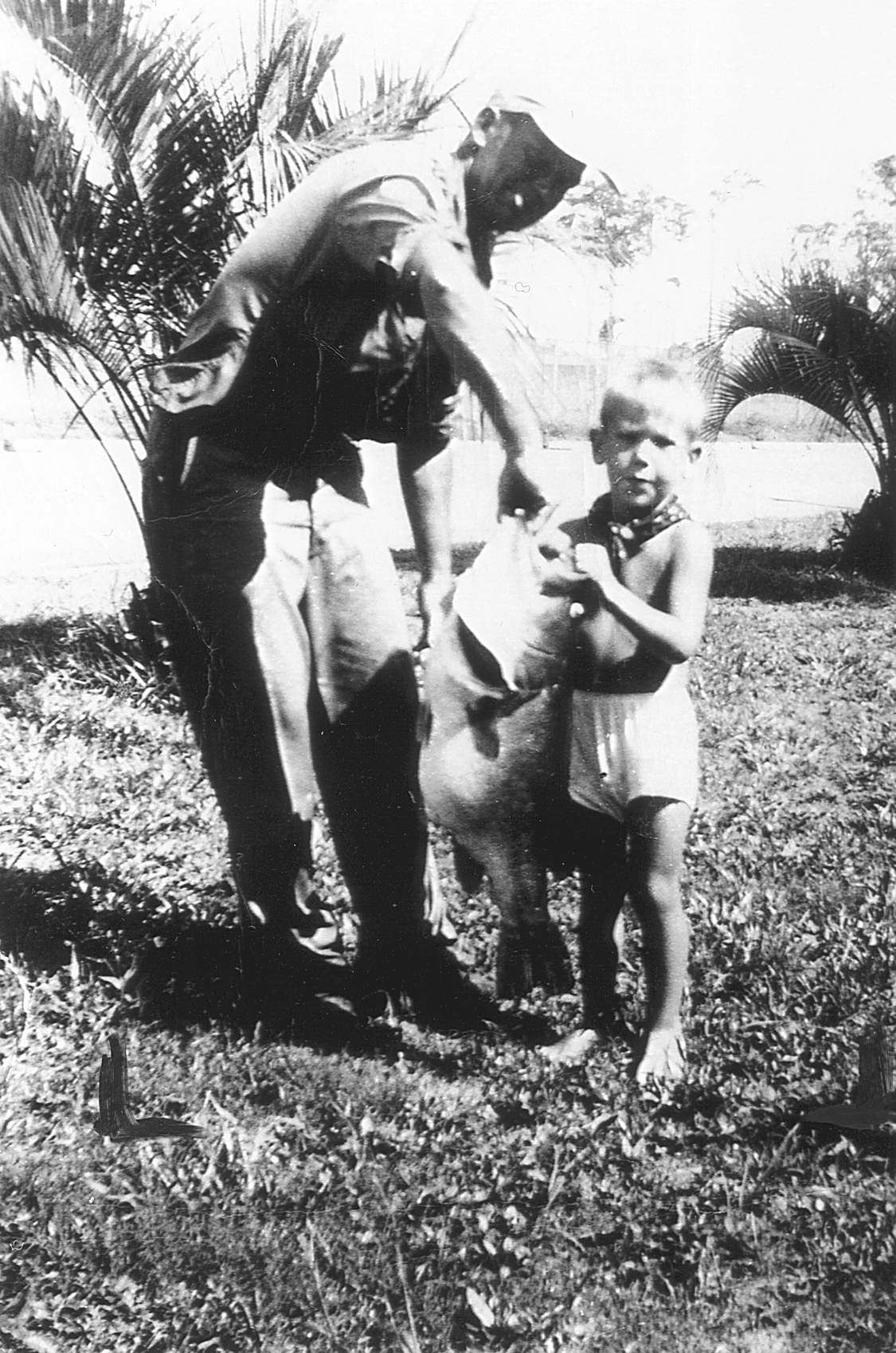 Famed Perry world-record largemouth ‘Yaking for Sharks; Targeting Triggerfish Expectedly, the great folks with our US Coast Guard – and our “Coasties” are some of the best anywhere – didn’t have much down time over the weekend, as boats of all shapes and forms simultaneously took to the water in a display of watery wildness seldom seen beyond the coastline of Somalia. Per usual, it was hot-rodders, like personal watercraft, that needed the most… Continue

Still no glowing holiday weekend reports. Some bigger bass were taken, singularly, on the beach and near inlets. Fish to 35 pounds hit the scales but most were very rogue-ish, as in the famed one-and-done resident-fish hookup.

Fluke are everywhere and nowhere. Everywhere in number, nowhere in take-homes. I heard the expected bitching and moaning over ratios so lousy… Continue